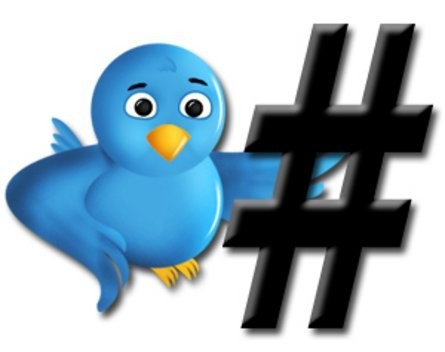 On January 5, Twitter founder and recently reappointed CEO Jack Dorsey appeared to confirm a story on Re/Code claiming that the micro-blogging site is planning to change its signature feature: the 140-character tweet.

According to Re/Code, Twitter is planning to increase the character limit on tweets to 10,000, and in a carefully worded response, Dorsey suggested that the company is indeed considering loosening its 140-character limit.

The 140-character limit, while today embraced as a defining feature of the platform, grew out of a pragmatic decision made nearly 10 years ago. When Twitter launched in 2006, the smartphone had not yet been developed (the first iPhone would launch in 2007). Thus, Twitter decided to limit tweets to 140 characters so that people could update Twitter via text message. At the time, texts were limited to 160 characters, which gave users space for a short, 140-character text tweet plus a username.

Since then, however, the online world has evolved. Today, Twitter allows users to upload images, and as Dorsey notes, many users have chosen to upload images of long pieces of text. This, together with the ongoing success of Facebook, which allows status updates of over 60,000 characters, may be driving Twitter’s consideration of a character limit update.

Importantly, Re/Code emphasized that the look of the Twitter feed won’t change significantly should the new character limit be adopted. Instead, the article speculated that a traditional 140-character tweet would appear in users’ feeds, together with a call for action (a “click for more” button, for example) that would expand the tweet to reveal additional text.

Despite these caveats, the news of the possible change was greeted with a predictable storm of controversy among Twitter users, as well as exhaustive pro- and anti-#Twitter10k articles. Whatever their perspective, however, commentators were agreed that this would be just the latest salvo in Twitter’s ongoing effort to boost weak user growth and revenue.

Twitter’s user growth has been stagnating for some time; since the first quarter of 2013, it has averaged less than 5 percent quarter over quarter. As a consequence, the company has seen its share price decline. From a high of just over US$73 in December 2013, Twitter is currently trading at an all-time low, just over $20.

Hoping to boost its fortunes, Twitter has floated various site tweaks in recent months, including the highly publicized Moments feature, and more recently, a curated “while you were away” feature. The potential character limit increase has been widely understood as another effort by Twitter to attract and engage new users, particularly those who may be put off by the 140-character limit when they are used to more unlimited platforms like Facebook.

However, the news of the potential character limit increase was received negatively by analysts and investors as well as users; the company’s share price fell almost 3 percent on Tuesday after the Re/Code story broke.

Twitter’s need for innovation to drive user growth is clear; the company is currently losing ground to emerging social media platforms like Snapchat and Instagram, which have seen double-digit user growth in recent years. Twitter also struggles with a lack of engagement among many users.

A more generous character limit might achieve several things. First, it could attract new users who find the 140-character limit arbitrary and confusing. More pertinently, as Slate’s Will Oremus points out, having more text housed within Twitter would help keep users on-site. Currently, many tweets send users away from Twitter by linking to externally hosted articles and blogs. If Twitter housed more text, users could read the news without leaving the platform (this is a key driver behind Facebook’s Instant Articles).

Ultimately, however, the increased character limit may help Twitter give users more of what they want. A 2009 paper by Syracuse University’s Philip R. Johnson and Sung-Un Yang found that Twitter users were more interested in the platform as an information source than as a space for satisfying social needs.

In a similar vein, a 2010 study by Michigan State University’s Constantinos K. Coursaris, Younghwa Yun and Jieun Sung found that the need for companionship and social interaction were not significantly associated with Twitter usage, while needs for entertainment and relaxation were. Finally, High Point University’s Shaun W. Davenport, and Shawn M. Bergman, Jacqueline Z. Bergman, and Matthew E. Fearrington of Appalachian State University found a relationship between narcissism and active Twitter usage among college students.

This research suggests that people are not necessarily using Twitter as a social space for building relationships, but rather as a space for idea exchange, content dissemination and information gathering. Platforms like Whatsapp, Facebook Messenger, and Snapchat, which have been growing rapidly, are spaces for relationship building in a way that Twitter is not.

Instead, Twitter’s utility appears to lie in its ability to connect people to new, pertinent information and opinions. From that perspective, the increased character limit may indeed make sense, not as a ploy for driving user growth, but as a way to give current and future users more of what Twitter does best.