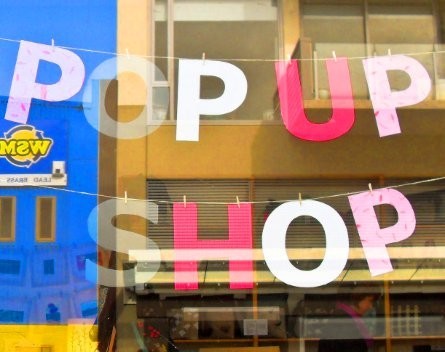 There is a silver lining for start-ups in the rising number of vacant retail spaces: greater access to opportunities to take their products direct to the public through pop-up stores.

According to new findings from global real estate group Jones Lang LaSalle, retail vacancies in Australia have risen to 4% in the six months to June 30.

One start-up making the most of the glut of empty stores is Rizzeria Workshop, a collective of zine makers and small press artists who moved into a pop-up location in The Rocks in Sydney three weeks ago.

One of the artists, who goes by her zine name Miss Helen, told StartupSmart the vacant retail space was giving smaller groups new opportunities.

“It’s great for a not-for-profit group to be able to become part of this space. Commercial leasing agreements seem really skewed in favour of the owners rather than the tenants,” Helen says.

She says pop-ups would benefit existing small businesses by bringing new energy and people to the area.

“We’re just trying to make the space really come to life. The global economic crisis made it really hard for small business to stay alive, plus ridiculously high rents in Sydney.”

The group has a month-to-month lease on one of the stores in the Metcalfe Arcade. They’re paying subsidised rent as part of The Rocks Pop-Up Program scheme.

“Even though it’s a great scheme that’s set up to boost smaller organisations and businesses, it still requires operating on a commercial scale. You’re not competing, but you are trying to set a space that looks professional. But for us we want it to also look dorky and inviting,” Helen says, adding the need to make money to cover rent and other costs was harder during the weeks when the area is quiet.

Sydney has a retail vacancy rate of 3.6%. The city council recently launched a grants scheme to entice small businesses to set up in some of the less trafficked areas.