“Zero-day hacks” or why startups should be more evil 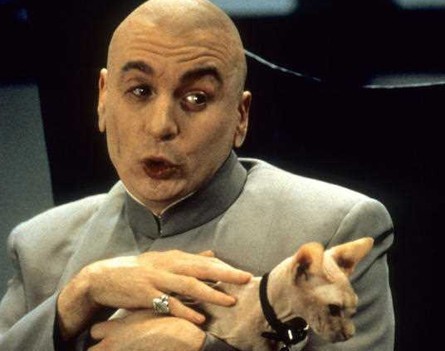 Startups need to be a bit more evil, according to prominent Canadian entrepreneur and Lean Analytics author Alistair Croll.

Speaking at the Lean15 conference in Wellington, New Zealand, Croll spoke about sneaky, slightly shady tricks that some of the biggest startups in the world utilised to gain their first customers and early traction in the market.

Dubbing them “zero-day hacks”, he says although they may seem somewhat dodgy, they’re the key to startup success.

“Why on Earth as a startup would you not spend all your time trying to find a zero-day exploit?” he says.

“It’s how to beat the big companies. Startups that do well take little tiny baby steps with subversive ways to get to the market first.”

“The question to ask yourself is: are you being evil enough?”

This is something that founders should be devoting as much time to as product development.

“Founders should spend a lot less time wondering if you have a product that’s right for existing customers and more time figuring out how to hack a market with a zero-day exploit no-one has thought of before,” Croll says.

“One of the big problems with startups is that they’re not evil enough. We don’t want to be fully evil black hat hackers, we want to be a little evil.”

Hacking the path to a customer base

He describes these marketing hacks as tricks that use some sort of system to attract customers in way that wasn’t intended.

He lists a number of successful examples, but says there’s no point trying to copy them.

“Every marketing strategy gets shitty over time,” Croll says. “You have to think subversively.”

“These are great hacks and they gave the companies dominance in their field.”

We’ve all been annoyed by constantly receiving invitations to play Farmville on Facebook with the app posting to profiles, and Croll says this is an example of a zero-day hack.

Airbnb aren’t allowed to post on Craigslist, but found their own small marketing hack to get around this by providing users with an easy button allowing them to directly advertise on the site.

Getting into a market first

Croll says these cheeky tricks are most effective in assisting a company get a first-mover advantage, even if the necessary technology isn’t readily available yet.

Before sufficient internet speeds, Netflix turned to the post.

“Turns out Netflix was deployed at a time broadband wasn’t widely available, so they put DVDs in the mail,” he says.

“They turned the US postal system into a high-speed broadband connection.”

“That allowed the company to get users before widespread smartphone adoption,” Croll says.

It’s important to not take these techniques too far and get users offside, he stresses.

“There are certain sins that are beyond the pale, like breaking promises and being creepy,” Croll says.

Croll finishes the talk by reworking a common analogy: “build a better mousetrap and the world will beat a path to your door”.

“If the world beats a path to your home, build the mousetrap. And if they don’t like it then build a fire hydrant,” he says.

“The trick is finding the hack to get the world to build that path to your doorstep.”