Should all 25-year-olds get a grant to start their own business? 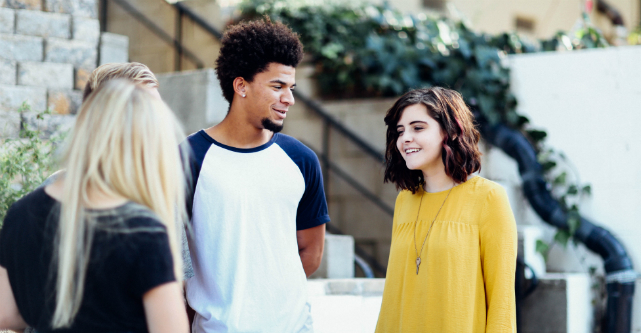 Australia’s youngest workers are wary of the uncertain financial and political landscape facing them, and one suggestion to address these worries is to give twenty-somethings a financial leg up.

Tim Ayres, New South Wales secretary of the Manufacturing and Workers’ Union, put forward an idea this week that has been championed by economist Thomas Piketty: use an inheritance tax to fund a one-off grant for all 25-year-olds so they can get on with paying down their debts and starting their own businesses.

“A universal inheritance would give millions of young people a future: they can put it to a house, they can start their own business, they can pay off their university fees,” Ayres said in a speech delivered to NSW’s Fabians Society.

“It may be bold but politics as usual doesn’t offer the scale of policy that is required to genuinely tackle regional and intergenerational inequality.”

The suggestion come at a time when data points to the country’s younger workers becoming increasingly concerned about their own prospects for long-term prosperity.

Deloitte’s 2017 Millennial Survey, released yesterday, found just 8% of Generation Y Australians believe they will be better off than their parents.

They are also restless; 58% of those surveyed said they would be on the lookout for new work opportunities, with flexible workplaces a major drawcard when it comes to staying with a company or project for an extended period of time.

SmartCompany has spoken to business owners that got started on their enterprises well before the end of high school, and many report the rewards of building brands and hiring their own staff keep them much more motivated than if they were working for a big corporation.

As the federal innovation agenda continues to roll out grant programs to launch early stage businesses, state governments are also rethinking their approach to entrepreneurs. The NSW government is currently looking for expressions of interest from accelerators and business hubs to get involved in a new startup project to enhance the city’s “innovation ranking”, reports Fairfax.

However, when it comes to fostering innovation in our youngest workers, not everyone thinks a one-off grant would be successful in and of itself.

Council of Small Business Australia chief executive Peter Strong says starting a business is not for everyone, and the country would be better served if it adopted a grassroots approach to fostering new talent.

“I can see where he’s coming from, there’s some merit in getting people money, but if there’s no reward for effort [with grants], that’s the problem,” Strong told SmartCompany.

“The best way to … [motivate young business owners] is not expensive. You go down to the local level and the little economies and you empower business communities to work with people with good ideas.