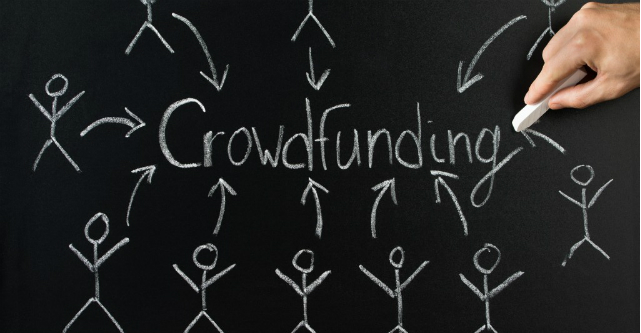 Crowdfunding, as a way of raising money for a new venture, has become big business.

But crowdfunding is still in its infancy and – as with any tool – it can be misused so that its potential for bringing innovations to the markets could be hampered.

We set out to research what distinguishes successful crowdfunded projects from those that do not achieve their goal.

Our team from Anglia Ruskin University looked at 9,652 projects – both successful and unsuccessful – from the crowdfunding platform Kickstarter.

Kickstarter is one of the largest reward-based crowdfunding platforms, having raised more than US$2 billion (£1.6 billion) since its creation in 2008.

Because all applicants for funding through Kickstarter are required to post specific and detailed information, it meant we were able to drill down into each separate scheme and develop an overall understanding of the traits each had or hadn’t got in common that enabled them to attract crowdfunded investment.

We isolated six main traits that successful crowdfunding campaigns had in common.

Early funding and backing is key to successful crowdfunding.

The more backers and funding received in the first few days of a campaign, the more likely it is to succeed.

This suggests that designing a campaign to reward the early backers will lead to it being more successful.

Successful projects on average raised 39% of their funding goals by the end of the first sixth of the campaign – with many securing their funding before this early limit was reached.

This compares to failed projects which managed to raise on average less than 4% of their funding goal in the same time period.

It probably comes as little surprise that having large online social networks helps entrepreneurs achieve success when it comes to crowdfunding their ideas.

When project proposers add an online social network link to their project’s pages, they indicate that they are intentionally using their social network in order to boost their crowdfunding campaigns.

The successful campaigns on our dataset had an average of 1024 Facebook friends.

Ambition is usually perceived as a key to success for innovators – after all it takes ambition to launch a crowdfunding bid.

But we identified many projects which were simply over ambitious – as shown by the negative impact that a high funding goal has on the chances of a project’s success.

Being impatient to get off the ground increases the probability of a project‘s success.

This may seem counter-intuitive – as one would expect that giving a campaign more time would help it succeed.

But when it comes to crowdfunding, backers are impatient – they want to get the projects they support off the ground as soon as possible.

In fact, they are so impatient that the shorter the declared duration of the campaign, the more likely the project is to succeed.

We identified a number of projects from entrepreneurs who had already successfully launched campaigns.

This experience improved the chances of a project’s success, as it increased the reputation of this creator generating trust.

This is very important in an environment such as crowdfunding where the entrepreneur knows much more about the characteristics of the new product or service to be launched than the potential backers.

In a virtual community, such as that created by crowdfunding platforms, we found that supporting other people’s projects could be a good way to attract support for one’s own.

Every single one of these characteristics was found to be significant in affecting the success and failure of the projects we looked at.

We developed these features into a model which enabled us to correctly predict the outcome of more than 87% of Kickstarter campaigns.

Why does all this matter? Why should we care about crowdfunding?

Crowdfunding is now a global phenomenon – around the world more and more people in more countries are using this method of raising funds to support their ideas.

The map below shows the geographic distribution of the projects analysed.

Crowdfunding is a global enterprise with a single crowdfunding platform raising funds in more than 100 countries.

But it also demonstrates how crowdfunding is still limited in Africa and South America – the areas which may most benefit from using crowdfunding to get a good idea off the ground.

Many a massive enterprise has started small – and in a modern post-industrial landscape, using crowdfunding to bring a brainwave to life will be increasingly important in providing jobs and creating wealth.

This article was originally published in Smart Company.