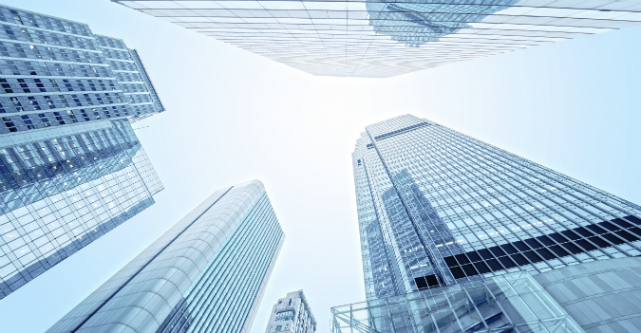 While the disruptive capabilities of startups are often discussed, partnering with a big corporate instead of trying to destroy them can be game-changing for a little tech company.

This is becoming increasingly common in Australia, with numerous big corporates looking to tap into the innovative and agile nature of startups, often resulting in a mutually beneficial partnership.

But there are many things that founders and entrepreneurs should consider before they jump into a corporate relationship.

AirService has done deals with the likes of the SCG Trust, LendLease and GPT Group, and founder Dominic Bressan says there have been numerous benefits.

“It took a while but once we really nailed it we’ve been lucky enough to benefit from fantastic referrals, word of mouth and eventually reputation in the market,” Bressan says.

MrSmith partner Brendon Guthrie has worked with Holden and Doritos and says working with experience businesspeople has been important for his startup.

“Any positive impact you have is amplified and something that’s often underestimated is the chance to learn from people at the top of their game,” Guthrie says.

“As a small company working with big corporates gives you the chance to splash your thinking and craft skills across a bigger canvas.”

We asked a bunch of Aussie startup founders who have worked with the big end of town about their experiences and what they wish they had known beforehand.

It’s going to be slow – and that’s okay

According to Guthrie, adjusting to a slower pace of doing business can be tricky for startups.

“The only real downside is the bureaucracy that’s an inevitable part of any big organisation and the lumbering pace at which it moves,” he says.

Kounta CEO Nick Cloete, who has signed deals with CBA and Xero, agrees.

“If not properly managed this can stifle smaller teams and create resource deficiency in other projects, and can be a misappropriation of resources if the outcomes for the smaller company were not clearly defined or delivered on,” Cloete says.

This also applies to actually getting paid too, Shootsta co-founder Tim Moylan adds.

“Large corporates can have 60-90 payment terms, meaning your startup needs to carry the weight of all that business with no income for that period,” Moylan says.

The red tape can be a good thing

A lot of these delays are down to the inherent regulations involved with big businesses, but this doesn’t have to be a bad thing, Bressan says.

“Over time we’ve found this can be a positive as well,” he says.

“The red tape has usually evolved for a reason and there have been a couple of occasions where going through an extensive red tape process has flagged issues for us that we should’ve been aware of but weren’t.”

One of the most common problems associated with collaborating with corporates is the loss of culture, but according to the founders we asked, this doesn’t have to happen.

Part of the deal is that startups keep operating in their own ways, Guthrie says.

“Never forget why it is they hired you in the first place,” he says.

For Moylan, novel startup approaches can help build a relationship with the bigger businesses.

“Our daily 2.30pm ping pong session is welcomed by some of our clients who conveniently arrange meetings at that time,” he says.

“At the end of the day big companies are run by normal people.”

You need to be confident

“A little thought leadership goes a long way in a world where the difference between success and failure is measured in degrees,” he says.

“Have a point of view and don’t be afraid to share it with your industry whenever the opportunity presents itself.”

Don’t lose sight of your customers

While setting up a partnership with a big player in the industry, it can be easy for a startup to lose focus on what’s most important: the customers.

“Taking the time early on to discuss and agree on the experience for the customers, as well as defining the role and responsibilities of each party ensure that the culture and energy of the startup is fostered,” Cloete says.

“A clear and universal understanding that the customer experience is paramount ensures the best result.”

Get everything sorted first

Startups should get everything sorted on their end before even getting in touch with a corporate player, Moylan says.

“Having all your ducks in a row is important to get your foot in the door,” he says.

“Um-ing and ah-ing about anything doesn’t portray a professional image.

“A large corporate needs to put trust in your startup so having systems and processes in place is the key for a streamlined client relationship.”