Six tips on recovering from a massive stuff-up 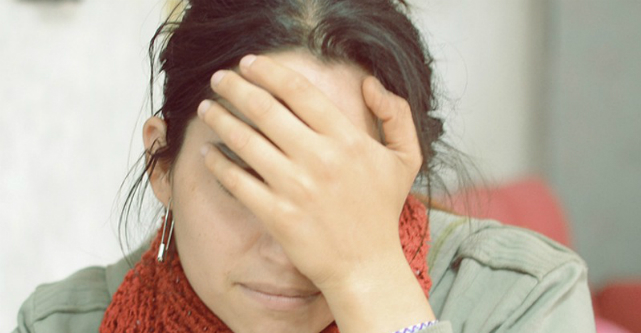 Even the organisers of the Oscars can stuff up big time.

The wrong envelope landed in the right hands of award presenters Warren Beatty and Faye Dunaway. They read the film listed on the card dutifully. The La La Land team embraced and got up on stage to make their big, emotional acceptance speech.

But there was a problem: the envelope was a double up of the one that had been used for ‘Best Actress.’ It did say La La Land, but only because that’s the film best actress Emma Stone had appeared in. The best picture award at the Oscars was actually won by Moonlight.

Did millions of people witness it on live television all over the world? Did millions more re-visit the moment on YouTube or on the nightly news? No? Then you’ll be OK.

Stuff-ups show you’re embracing risk, working and living right on the edge of your capacity. While mistakes shouldn’t happen at ceremonies and events as big and well-funded as the Oscars, the fact they still do shows that human error can occur regardless of how well-rehearsed the circumstances.

What really matters is how you recover from such stuff-ups. While not their fault, the La La Land team graciously acknowledged the mistake, apologies were made, along with comments that, “this is not a joke”.

Below are some excellent things to know the next time you stuff-up:

And isn’t being human a wonderful thing? We creatures make mistakes, say the wrong things, and have regrets. We’re not automated machines. Errors occur, it’s natural.

2. And being human means you learn

Every stuff up is a reminder of what can go wrong and a call to improve on personal processes and procedures to avoid such mistakes in the future.

3. Give yourself the one year test

Will this situation still matter one year from now? Will people remember it? And if they do, will they at least laugh? The one year test is a great way to put the stuff-up in perspective. While many stuff-ups will stand the test of time and be remembered in one year (as this Oscars one will be) that’s also OK. Life goes on.

Gracious, humble people acknowledge their mistakes immediately. It’s endearing and it automatically signals that you’re a trustworthy, ethical individual who can accept setbacks and failures as merely a part of life. Don’t try and cover up your stuff up, don’t let it grow into something bigger than it is. Own it. Deal with it immediately. Move on.

If your stuff-up affects others, then apologise for it. Make the apology meaningful and generous. Show that you genuinely care that someone has been affected or hurt by your actions. If the stuff up only affects you, then still forgive yourself for the error.

6. Accept and acknowledge the consequences

Stuff-ups inevitably come with consequences, it’s all part of the learning and development that stems from ensuring such mistakes don’t happen again.

The consequences might be hard for you to stomach and even test your patience and hurt your ego, but you must accept them nonetheless.

Perhaps a boss or a client wants to put in added and time consuming quality assurance measures to prevent the mistake from occurring again, enthusiastically take on such measures and move on.