SPT founder William Strange: No university education makes one fifth of us work all the harder 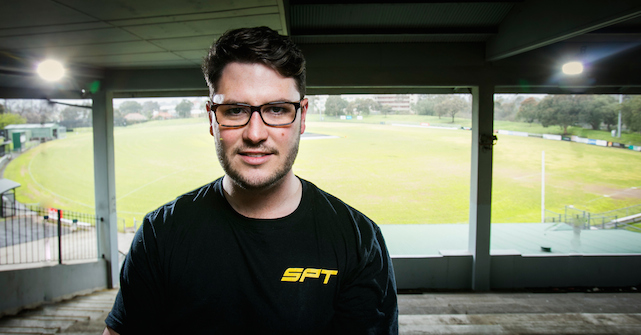 I reached a point in my life where I was completely lost. I had finished school with average grades and, going against the norm it seems, I didn’t want to study.

The academic style of learning doesn’t suit me. My brain isn’t geared to learn by listening and regurgitating information. But the nature of the system is that it cultivates students for a tertiary education, so I left school feeling like a failure just because that pathway didn’t suit me.

But there’s still one in five that haven’t been through uni and, although it took some serious hard work, that one fifth still made it there in the end.

In my case, there were some serious learnings involved.

University isn’t for everyone — and this recent statistic may be a natural deterrent — but that certainly shouldn’t discourage you from pursuing a career as the founder of a startup.

It took a while, but out of my parents garage and without a degree, I built an award-winning business that now has 12 full-time employees, our own office, and products selling in over 65 different countries.

How I made it work

It took me a while to figure out my passion, but after watching my father run his own business for many years growing up, a part of me always felt drawn to business.

I was only 22 years old and I faced what seems to be a perennial issue for young people: a lack of professional experience. Experience with career uncertainty and feeling lost is unfortunately not a unique position for many from my generation.

I spent hours painstakingly developing business ideas that I pitched to my father. He finally cracked and gave me the best advice I have heard to this day: “Stop telling me and just do it”.

My challenges were compounded by a lack of professional connections normally cultivated at university.

At first, I felt like I was facing a brick wall in terms of my knowledge and lack of network. Fortunately, in the digital age, with enough research you can learn a lot. But nothing will compare with searching out and speaking to the right people.

While researching for my business, I came across a Harvard graduate who was a former director of eBay in its founding years and had also worked at iiNet. He was the general manager of Dollar Shave Club Australia. I knew I had nothing to lose, so I gave him a call.

He not only answered my call, but he offered to meet me. With his wealth of experience, his guidance was invaluable, but the real lesson I learned was: you are always going to get a no if you don’t ask.

Another key lesson that I took away from my experience was about time management.

I struggled with was procrastination — something I’m sure those four fifths of founders who studied would also understand.

Getting out of bed, when your office is 10 metres away and you don’t have immediate deadlines became a growing bugbear. Whether it was after a busy weekend, or just an ordinary Wednesday morning, self-motivating to work an eight-hour day was tough in the beginning.

To counter my procrastination, I decided to move into a co-sharing office. This forced me to work business hours and got me in a creative environment, which spurred me into action.

Launching a startup was of the biggest roller coasters of my life. But from losing a quarter of a million-dollar deal to signing four times that in investment, starting my own business is the best thing I have ever done.

The process to get here was not easy. In the early days, it certainly wasn’t all sunshine and rainbows, particularly without the back up of a university degree.

But a lack of academic education certainly didn’t stop me, and the other one fifth of founders, from giving it our best shot.

William Strange is the chief executive and founder of Sports Performance Tracking, a developer of GPS tracking technology for amateur athletes and sports clubs.