Amazon shows Google tax can work, despite arguments against it 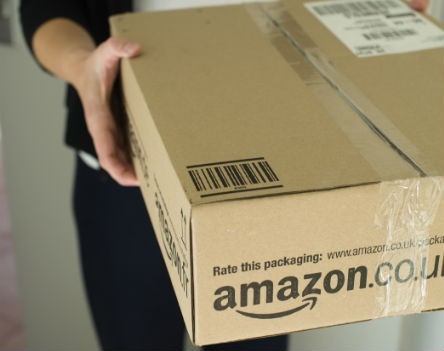 In late May, Amazon announced it had started to pay tax on its sales in the UK rather than in Luxembourg. This came about after Amazon restructured its tax structure in Europe in response, at least in part, to the UK’s diverted profits tax (commonly known as the Google Tax) that came into effect in April.

This development is important not only for the UK, but also for Australia. Treasurer Joe Hockey has announced that the government will introduce a similar Google Tax in 2016. It is especially important when some submissions to the draft legislation of our Google Tax have argued that it is not a good idea for Australia to introduce the tax.

The Law Council of Australia has argued in its submission that the proposed regime is:

…inconsistent with the design principle for a tax … system that tax rules should be applied to commerce in accordance with the structure and mechanisms by which commerce operates.

It basically argues that the tax law should respect the corporate structures of multinational enterprises even if they are tax driven. In other words, its submission does not support the idea that the Australian Taxation Office (ATO) should have the power to deem Google or Amazon to have a taxable presence in Australia.

That argument is questionable. The hard practical matter of fact is that multinationals at present are able to design their tax structures in such a way that substantial activities are being done in Australia but profits are booked in low or even no tax jurisdictions. And these structures are perfectly legal under the current tax law.

It is important to remember that the current international tax regime has been developed largely at a time when multinationals were much less integrated than today. The rules were designed primarily for a bilateral scenario in which, for example, a US company sells goods directly to Australia. None of these countries were tax havens.

However, the stories of Apple, Google and Microsoft have proved that the scenario is very different today. Multinational companies have been successfully converted this kind of bilateral transaction into multilateral transactions by inserting low-tax countries between Australia and the US.

If we believe that this outcome is not acceptable, the tax law has to be improved to address this issue. The general principle of “applying tax rules to commercial operations” should be premised on the assumption that the transactions are genuine with commercial substance. However, if a transaction is artificially created primarily for the purpose of generating low-taxed income, there is a good basis to argue that the tax law should empower the ATO to look through the legal form of the transaction and impose tax according to the economic substance. Therefore, a deeming provision is not only desirable but also necessary in these cases.

If the government follows this suggestion, the proposed law will not apply to the existing tax avoidance structures of Google, Microsoft and Amazon. As most multinationals would presumably have been well served by their tax advisers and have their tax structures in place long before the government’s proposal, one would wonder whether this grandfather treatment will leave any major multinational subject to the proposed law at all.

To be fair, many submissions to the government have rightly pointed out that the draft legislation needs substantial improvements before the proposal can be effective as well as satisfying as far as possible the tax policy objectives of simplicity and fairness.

For example, the Law Council’s submission has highlighted the need to have clear definitions of some new concepts in the proposed law. The meaning of “no or low corporate tax jurisdiction” – which is one of the conditions before the proposed law will apply – should be stipulated explicitly in the legislation. This will not only provide certainty to both the ATO and multinational companies, but also serve more effectively as a clear signal of the level of tax that is not acceptable to the government.

The recent restructure of Amazon suggests that the government’s proposal to introduce a Google Tax in Australia is in the right direction. The experience of UK’s Google Tax shows that such a tax can change the behaviour of these large corporations.

Of course, more work has to be done to improve the drafting of the legislation before the tax can be an effective weapon to deal with aggressive tax avoidance structures used by multinationals.

Antony Ting is Associate Professor at University of Sydney.