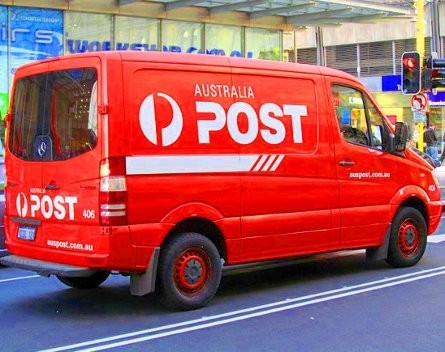 Australia Post franchisees are threatening to sue the government agency over cost increases in parcel deliveries.

Licensed Post Office Group spokeswoman Angela Cramp says more than 500 franchisees are grouping together to fight for changes to the way Australia Post reimburses its 2895 franchisees for handling parcels.

Solicitor Bryan Belling, a partner with K&L Gates, said he could launch action in the federal court on behalf of some of the franchisees within a month.

The group is set to meet this week with two federal senators, independent Nick Xenophon and the Nationals’ Ron Boswell.

Australia Post has responded to franchisees by increasing the reimbursement for parcel delivery “by around 75% for all of our licensees”, said Australia Post spokeswoman Michelle Skehan.

She said letter volumes had dropped by a billion in five years.

Franchisees are paid 29 cents a parcel under a pricing structure in place since 1993, said Cramp, and under the newer scheme will be reimbursed 22 cents extra.

But she said the barriers to claiming the extra reimbursement were too high, as it only applied to certain contractors with hand-held scanners.

She said franchisees were dealing with parcels for six to eight hours a day and the extra money amounted to between $20 and $40 a week.

Cramp said to continue running her two post office franchises in Wollongong and the only post office in the outback New South Wales town of Lightning Ridge, she has sold her own properties.

“The world’s changed and Australia Post needs to be accountable for the private arm that they’ve already sold off.”

Skehan said the franchisees are critical to providing key services in local communities, particularly in regional and remote areas.

“Over half are run in conjunction with another business,” said Skehan.

“As letter volumes continue to sharply decline with one billion less letters sent than five years ago, we continue to work with our licensees and their representatives to identify and provide new sources of revenue.”