Australian franchise SumoSalad gets fresh ideas for US expansion 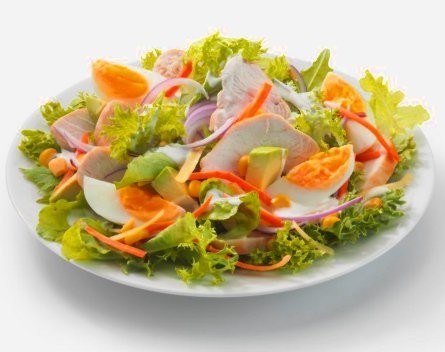 Ten years old and 30 million salads later, SumoSalad franchise founders Luke Baylis and James Miller are taking their company into the country that inspired the brand, the US.

Baylis told StartupSmart he and Miller noticed the limited access to fresh and healthy food during a two-year stay in America. After returning to Australia about 40kg heavier, they launched the salad and soup franchise, which has now grown to 91 Australian stores, including 84 franchises.

“Sumo Salad in Australia can rival the likes of Subway and McDonald’s, and we’re really keen to get to that 300 store mark here in the next five years,” Baylis says.

“We’re happy that our core business is really strong at the moment and that’s opening up the future global opportunities.”

SumoSalad has signed agreements with master franchisees in the US and Brazil and will be launching flagship stores there later this year. There are already SumoSalad franchises in New Zealand, United Kingdom, Dubai and Singapore.

“We’re not going to change what we do here much over in the States,” Baylis says. “The business has evolved tremendously in the last two years in terms of the product, the store design, the communications message. We feel our current version and latest business model will be ahead of its time in the American market.”

The only thing set for a possible change is the language used in some of the marketing collateral, but Baylis says this change will be limited.

“The brand tone and personality is cheeky and irreverent, and we want to maintain the same brand positioning in every market we go into. There will be some small language changes, but we’re really keen for it to be an Aussie brand because they love their Australian brands over there,” he says.

Baylis says SumoSalad’s local success has come from its message and branding.

“We’re the only established brand in the health and wellbeing space that’s been able to deliver it in a non-confronting, non-patronising way,” he says.

They plan to open two stores in the Hollywood area and say the limited competition means they’re fairly confident of carving out a niche.

“There are healthy options over there, but there is no real established salad brand that has any significant leadership business. We can create a market leading position on the back of the intellectual property we’ve developed here,” Baylis says.

As it expands overseas, SumoSalad is continuing its growth in Australia, with Baylis saying at least 15 new stores were expected to open this year.

Australian SumoSalad franchises cost between $300,000 and $350,000 to set up. Baylis says franchisees need to be hands-on and believe in the vision of the company.

“The franchisee has to be hands-on, have the right cultural fit and believe in the purpose of the business. We’re not interested in a corporate franchisee who just wants to throw money into it. We want someone to drive our vision forward.”

The launch franchises in Hollywood will cost upwards of $US1 million. They plan to expand aggressively from the two launch stores once they’ve achieved proof of concept and ironed out any cultural translation issues.