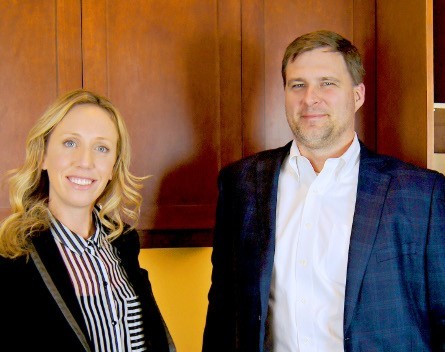 Any franchise system seeking to set up in Australia needs to be ready to work with the locals and their engaged and independent approach to running their own businesses.

“Australians are all a bit entrepreneurial at heart, and we have a bit more of an independent streak in our franchisees. They’re still small business owners and like to retain a lot of control,” Harper says.

Harper, who previously exported the Gutter-Vac franchise from Australia to the United States, will oversee the partnership with an Australian master-franchisee, and work with them to establish 15 franchises in the coming year.

She adds the franchise systems in Australia operate slightly differently to American ones, and they’re looking forward to adapting and learning.

“Australian franchises are more relaced in their systems and processes. Americans don’t give franchisees quite as much freedom as we do in Australia. A lot of US franchisors told me this, that Australians want to put our own stamp on things.”

“We’re still looking for better ways of doing it. We know we haven’t found the perfect and only way to do it. So we’re already pre-disposed to that independent streak,” Young says, adding most of the best innovations for the system have come directly from franchisees.

According to Young, most of ShelfGenie’s franchisees are interior designers, stay-at-home mums or professional organisers.

“There are some great stay-at-home-mums who have had excellent professional careers. They want to go out and work, but on their own schedule,” Young says.

Many of the 140 United States and Canadian franchise owners own more than one territory: the average number of franchises owned is 2.9. Harper says Australia has the potential have 40 locations in the major cities.