Corporate Cars to target top end of town via franchising 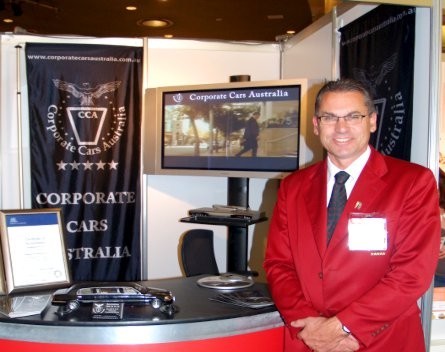 Luxury car service Corporate Cars Australia says it is confident it can compete with US-based competitor Uber, which recently launched in Australia, after recruiting its first two franchisees.

Corporate Cars Australia, which commenced operations in 2011 as a result of a merger between Citylink Limousines and North Shore Limousines, offers a chauffeur-driven luxury car service.

The company recently sold its first two franchises to Jason Wong and Nazih Abdi, both of whom are based in Sydney.

Corporate Cars Australian franchisor Craig Wagstaff told StartupSmart while the company does operate nationwide, 60% of its work is in Sydney.

“We’re really focusing on Melbourne and Brisbane – that’s probably where the corporate market is.

“At the moment, we have 10 of our own vehicles and we’re selling them. The company’s keeping two of their own vehicles.

“The rest are going to be franchised out… We have six left at the moment.”

Wagstaff anticipates the network will expand in line with franchisees’ increasing revenue.

With regard to what the company is looking for in a franchisee, Wagstaff says it all comes down to customer service.

“We deal with the top end of the market so there’s very little room for error. We really focus on people who are on $200,000-plus a year to billionaires who have their own private jets,” he says.

“Customer service is everything. One minute is too late in our business, on the reliability side of it. If someone wants a car at four o’clock, we can’t tell them it will be there at ten past.

“It’s a competitive market. That customer service – that’s probably what sets us apart. My average chauffeur has been with us for six years and my oldest 14 years.

“People with good communication skills and customer service [would make ideal franchisees], and they need to be able to drive a vehicle in the correct manner.”

According to Wagstaff, it costs between $25,000 and $30,000 in order to purchase a Corporate Cars Australia franchise.

“That includes the legal, the recruiting fees and the franchisee cost of training,” he says.

While Wagstaff is confident Corporate Cars can make a larger dent in the market via franchising, he’s well aware of competitors such as Uber, a US-based on-demand car service, which launched in Australia late last year.

“They are definitely a competitor… They’re attacking the taxi industry – it’s cheap – but they do have the technology and the backing behind them,” he says.

“They don’t do pre-bookings so they’re not really touching our market yet because there’s no way our customers will wait on the off chance there’s a car in the area.

“Also, [Uber’s] price does fluctuate, so when it’s peak times you can pay three times the normal amount.”