Gym franchise US bound after only a year 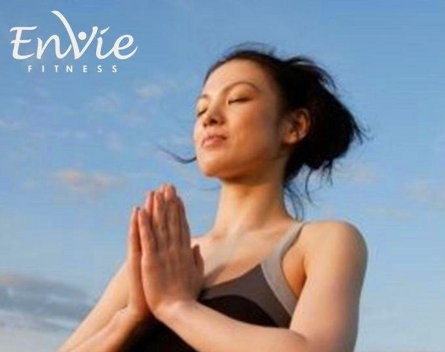 After a year of development and opening seven fitness studios across the country, the team behind female gym franchise EnVie Fitness is taking their model to the United States with their first studio set to open in November.

Co-founder David Hundt told StartupSmart their focus on systems would make the transition easier, and they had always wanted to see how quickly they could take the system international.

“The world is so much smaller today, and now we’ve proven a model here. We’ve made sure our assumptions were right and we’re ready to go. The market in the US is much more scalable, and very exciting for us,” Hundt says.

He adds he and his two co-founders haven’t set growth targets yet, as the scale of the United States fitness market is “mind-boggling”.

The EnVie team were the master franchisees for the Australian operations of American-owned Contours gym franchise, which they grew to over 200 outlets since 2004.

“Without being derogatory to Contours, we learned a lot through the process. Our franchisor hadn’t given us the support we were hoping for, and we completely redesigned that to launch EnVie fitness,” Hundt says. “We were reaching the end of our master franchise agreement, and extricated ourselves from the non-compete clause.”

Hundt, who says his all-male co-founder team was drawn to the business opportunity for female fitness franchise systems, says the space is ripe for disruption.

“There hasn’t been much innovation in the female fitness space. There are some very successful brands, but many are beginning to devalue so we think there is an opportunity for someone to step in,” Hundt says.

One of their key innovations is the franchisee royalty rate, which Hundt says they redesigned to improve the relationship between franchisors and franchisees.

“We’ve worked out a royalty calculated per member. In any business there are one or two key metrics that define success, and in fitness the big one is memberships,” Hundt says. “We’ve built out franchisee fees around our key metrics, so we’re heavily incentivised to support our franchisees.”

Hundt adds this model means they don’t need hundreds of outlets to reach their financial goals for the system. They aim to have 30 Australian franchises by the end of 2014, but plan to only expand to a maximum of 10 franchises in the United States in 2013.

They’ve set up a separate business in the United States, and Hundt says navigating the layers of regulation, which differ from state to state, has been an ongoing challenge.

“From GST and sales tax to membership debits, which are fundamental to our business models, it’s very different over there,” Hundt says. “We need to test the first studio, and we’ll undoubtedly learn a lot. We want to fire bullets before we fire cannonballs, so we need to know we’ve got the best model for that market after testing it in a range of states.”

He adds the pressure point for any franchise system is 20, and he’s looking forward to getting both the Australian and American systems beyond that.

“We call it the escape velocity. Just like a shuttle burns most of its fuel getting out of our atmosphere and then it gets easier, we know when we pass 20 franchises in each country we’ll be fine,” Hundt says.