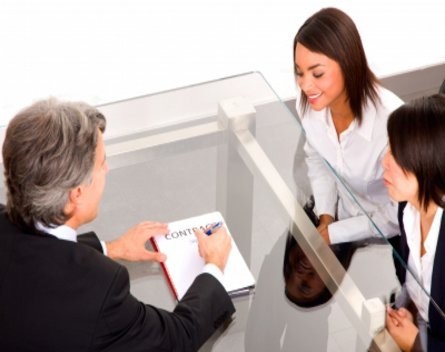 Franchisors will be mandated to give prospective franchisees a document outlining the risks of business and give information on their rights to benefit from online sales in an overhaul of the industry’s national code.

The changes were announced yesterday by Small Business Minister Gary Gray, who said the federal government would implement most of the recommendations contained in this year’s review of the Franchising Code.

Some of the changes include introducing the common law duty of good faith, (rather than a new definition), stronger enforcement for breaches of the code and improved dispute resolution mechanisms.

The changes are sure to be welcome. Industry groups have already approved of the report’s 18 recommendations, including several technical changes.

The announcement was made at the NAB Small Business Summit in Brisbane, at which SmartCompany was in attendance.

“The government will restore [the report’s] recommendations and implement them as soon as practically possible,” Gray said.

“This is about simplicity and consistency. They ensure the courts and the ACCC have the appropriate powers to deal with rogues in franchising.”

Most of the recommendations have been implemented, with some introduced partially or accepted in principle.

The problem of online sales in a franchise system has been the source of some controversy, with some businesses struggling to balance the financial intricacies of such a scheme.

One of the major changes will be the introduction of “good faith” provisions, which will now become a requirement under the code. The industry has previously welcomed the report’s use of an existing definition of “good faith”, rather than being defined by the code itself.

The Australian Competition and Consumer Commission has also been given new powers, including the ability to send infringement notices, and judge the compliance of a franchisee under the code.

Under the new code, courts can make franchising-specific orders.

“The suggestions are clearly in alignment with the argument the commissioner’s been putting out for several years, that meaningful penalties are necessary to give the code teeth.”

“Increasingly we’re having conversations with franchisors who say they get annoyed by the fact there are rogue operators out there. Both parties are protected and…this is something for several years we’ve felt very strongly that we need.”

Schaper also said the use of infringement notices is welcome – if the ACCC decides a matter is not serious enough to warrant court orders, it has flexibility in delivering those types of notices.

Gray said yesterday the government is committed to introducing the reforms, so that “whoever wins the election…these reforms should be completed”.

Some recommendations in the new report, such as giving franchisees the right to terminate an agreement in the event of business failure, have only been accepted “in principle”.

The full report is available here.