Government hands out grants to 10 startups 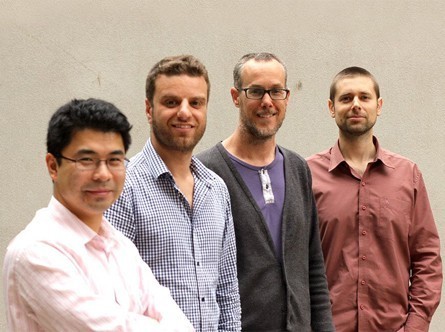 A Melbourne startup offering “world-first” eye-tracking technology is one of 10 Australian companies to share in $8.5 million worth of government commercialisation grants.

As part of the next round of the government’s Entrepreneurs’ Programme, 10 businesses have been provided grants of between $250,000 to $1 million for commercialisation and development of technology.

Melbourne-based xLabs will be receiving more than $350,000 from the program, and co-founder and CEO Joe Hanna says this ensures the tech will be able to stay in Australia.

“Without this government support we would struggle to survive in Australia,” Hanna tells StartupSmart.

“The option for us would have been to move to the US or Singapore and raise money in an environment that’s a lot more palatable to what some may see as high-risk tech products.

Bridging the valley of death

It’s also about bridging the gap between technology and commercialisation, something which Hanna says is extremely difficult in Australia at the moment.

“We’re a Melbourne tech company that’s pre-revenue, and this is all about avoiding what is potentially the Valley of Death for us,” Hanna says.

“The federal government support allows us to actively commercialise to business and really trial the technology with some leading Australian companies.”

“This initiative really gives startups the opportunity to stay home and accelerate the early stage commercialisation.

“At the end of the program we’ll be far more attractive for VCs, we’ll be post-revenue and that’ll put us on an even keel with the US companies.”

After coming through the Melbourne Accelerator Program in 2014 XLabs has been working on the research and development of its technology ,which aims to work out what users are actually looking at on the screen.

According to Hanna, this is “world-first, real-time interactive eye-tracking technology” which only requires a webcam, and has applications in marketing, advertising and gaming.

The startup will have a prototype product up and running next year and is currently working with a range of companies to turn the beta into a commercially viable product.

“In the next six months we’ll have some pretty mind-boggling, game-changing technology,” Hanna says.

The federal government’s Entrepreneurs’ Programme has now provided grants worth a total of $46 million to 85 companies.

Other tech companies to receive funding as part of the November round include one producing an autonomous robot for use in agriculture, an internet-enabled device for controlling livestock and the makers of a modular hearing aid.

Three Australian companies – SwarmFarm, Euclideon and GRD-Franmarine – will receive about $1 million each as part of the announcement.

Assistant minister for innovation Wyatt Roy says the grants are aimed at improving commercialisation and competitiveness.

“Commercialisation is at the heart of the government’s agenda, and these are great examples of some of the great ideas coming out of Australian companies,” Roy says.

“These innovations provide real-world solutions to problems in agriculture, tourism, health and environmental spheres, amongst others.

“This support will help the recipients commercialise their ideas so they can take advantage of market opportunities and ensure their intellectual property is protected.”