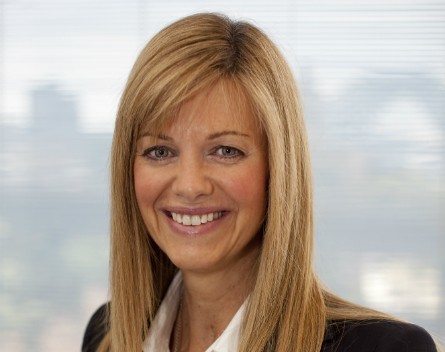 Startup founders should brace for an “investor strike” in the next six months before the innovation statement taxation changes come into effect, with this transition period creating uncertainty and distortion in the market, AVCAL CEO Yasser El-Ansary says.

The federal government’s $1 billion set of policies including a 10% tax offset for capital invested in Early Stage Venture Capital Limited Partnerships (ESVCLP) and the size of eligible partnerships increasing from $100 million to $200 million.

But these changes won’t come into effect until July 1st, and El-Ansary says this will lead to an “investor strike” in the first half of 2016.

“It’s quite possible that some investors will hold off putting money into startups for the next few months until July,” El-Ansary tells StartupSmart.

“If there’s a significant benefit to be gained by investing after July this year rather than now, you can understand why some people might want to do that.”

The government should introduce some sort of transitionary policy to avoid this, he says.

“We’re in discussions with the government right now about how the risk of an investor strike can be avoided,” El-Ansary says.

“It’s not unusual for changes to tax laws to come with transitional arrangements which help to smooth out any bumps in moving from one set of rules to another, and I think that’s exactly what the government needs to do as part of implementing these changes.”

“There are companies that need the money now, not at the end of the year,” Deaker tells StartupSmart.

“This is why having policies that will cover the transitionary period makes good sense.”

There are also concerns in the investor community that a lack of full details regarding the changes will create uncertainty for VC funds, El-Ansary says.

“We have to avoid an outcome which leads to a fund which finds itself in that situation from being unwound and then re-established after July this year simply to fall within the new tax rules,” he says.

The 10% offset will apply to “new” ESVCLPs, but it’s still not clear whether this will apply to funds that are currently in the process of closing.

OneVentures is on the verge of closing its $100 million Innovation and Growth Fund II, but Deaker says it now might wait to see how the taxation changes will impact it and if there’s an opportunity to vastly increase its size.

“They made the announcement that will come into effect sometime in the future, and that’s left people in a transitionary phase not knowing where they stand,” Deaker says.

“I’d like to see if there’s an opportunity to increase the fund.”

The concerns for OneVentures relate to how the government defines a “new fund” in the proposed legislation and whether the new cap of $200 million on ESVCLPs will apply to funds that are nearly closed as well as newly created funds.

If the tax breaks do apply to OneVentures’ fund, Deaker says it could bring in a further $20 or $30 million and possibly even attract large superannuation funds.

“If we got an indication from government that they were going to have some flexibility and it wasn’t just going to be for new funds registering after July we would hold off closing and could bring in additional investors,” she says.

“The government wants to encourage more money in the sector so it would be wise for them to say that funds still raising capital in this transitionary phase should be eligible for new legislation when it comes in.

“They should allow the 10% rebate to apply to any future-drawn funds to level the market playing field. We’d live to see whether we could extend this fund and if the offset would help our ability to do that.”

Deaker says this flexibility would ultimately benefit the Australian startup sector and economy in general.

“For every dollar we raise and put into a company we end up placing another three times that amount directly or with new investors,” she says.

“From an economic perspective for Australia, every dollar has such a great positive and magnifying effect for the Australian economy. It makes sense for the government to try to be inclusive.”

El-Ansary says that many other funds in Australia are facing the exact same problem as OneVentures.

“I know the issue OneVentures is trying to manage will be the same as others,” he says. “It’s a challenging one.”

Having this “investor strike” in the lead-up to the big changes in July could also distort the market even once the new taxation system is in full effect, Deaker says.

“We’re also worried it will create market distortion, with people not committing to funds until the new legislation comes through,” she says.

This needs to be addressed by the government, El-Ansary says.

“We need to ensure we calibrate things in a way that avoids any market-distorting outcomes which will have downstream implications for high-growth Australian businesses looking for new investment capital,” he says.

Despite these concerns, Deaker and El-Ansary both say the statement marked a “major step forward” for Australia.

“We needed to make some of these changes two or three years ago but the positive thing is that we are getting on with it now,” El-Ansary says.