Stretching out: Why a physio created a franchise chain of physiotherapy centres 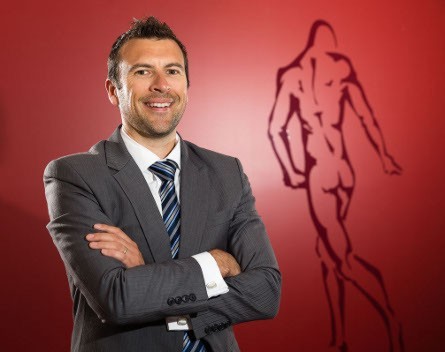 When Jason Smith started out in physiotherapy he wanted to work in the developing world and help the underprivileged.

Never in his wildest dreams did he expect that, years down the track, he’d be running a chain of physiotherapy franchises, Back In Motion.

After working in the health system and becoming disillusioned with the way healthcare was being delivered in a reactive way to problems by waiting for things to be broken before they’re fixed, he set up his own practice.

He offered progressive healthcare that aimed to provide long-lasting help to patients.

Over the next five years client numbers grew and he opened a number of outlets, employing around 40 people.

It was around then that some of Smith’s senior staff wanted to buy into the business.

“I realised if I wanted to retain quality people I’d have to give them a sense of ownership,” he told StartupSmart.

It took Smith about a year to work out how to create a franchise out of a personal service business that involved building a relationship with a patient.

“In the end I built a very sophisticated back-end system outside the consulting room,” he said, which covered areas such as staffing, marketing and financial management and wrote down the franchise’s clinical philosophy that embraces holistic wellness.

The model has taken off, with 65 Back in Motion franchises now dotted around the country.

“The real attraction to franchising for me was, it was giving my senior clinicians, the heart and soul of this business, a reason to do a great job,” Smith says, while also emphasising that employees also do a great job.

Smith says maintaining quality service is one of the biggest issues around franchising.

“We invest very heavily in continuous professional development across all of our practitioners,” he says.

Smith says while managing the business takes up a lot of his time, he still donates his time to work as a physio for a charity for several weeks of the year and teaches at universities.