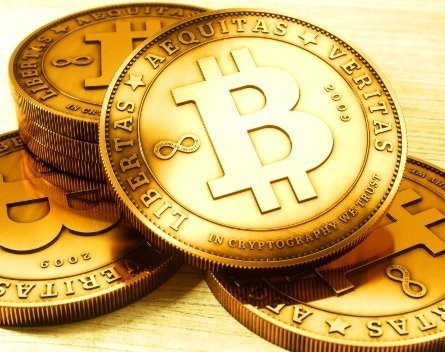 Bitcoin enthusiasts have recently been roiled by claims that an Australian named Craig Wright and his deceased partner are the mysterious founders behind the cryptocurrency.

Of course, we’ve been down this path before. The New York Times, Fast Company, The New Yorker and Newsweek have all made similar claims about different people, only to be proved wrong. And last month, Wired – the magazine behind the most recent claim – said there are reasons to believe Wright is actually a hoaxer and not “Satoshi Nakamoto,” as the currency’s creator is known.

Regardless of whether the new claims are correct, it has resurrected a worry that has long plagued bitcoin users. Around one million bitcoins were mined early in the currency’s history and have never been transferred.

Were they to be sold en masse, bitcoin’s value could drop precipitously, wiping out a lot of wealth and threatening its status as a reliable alternate currency, independent of banks and governments.

However, the reporting about Wright and the bitcoin businesses and trusts he has established – presumably for tax and secrecy purposes – reveals an even bigger threat to bitcoin users and other supporters of virtual currency: how will such currencies be treated for tax purposes?

This is a question I have been exploring for the last decade, both with regard to virtual currencies designed to be used solely online, such as for World of Warcraft, and those designed for use in the real world, such as bitcoin.

Bitcoins are created by a computer algorithm and are initially allocated through a process colloquially referred to as “mining.” Miners collect bitcoins by solving complex mathematical equations used to authenticate transfers and in so doing both bring more of the currency into the world and maintain the system.

Bitcoin users have a public key and a private key associated with the bitcoins they own. To effect a transfer, one must use the private key. However, transfers are recorded on a public “block chain,” which uses the associated public key.

This secure public record-keeping obviates the need for third-party intermediaries, like banks. While the world can see the public key and how many bitcoins are associated with it, the owner of the bitcoin can remain anonymous if he keeps his association with that key secret.

Approximately 15 million bitcoins have been issued to date, and they are currently valued at about US$430 each, for a total of approximately $6.5 billion. The algorithm is designed to generate 21 million bitcoins, and experts anticipate that the last bitcoin will be issued sometime between 2110 and 2140.

Bitcoin is designed to be used as a currency, though some hold it as an investment. The difficulty is that governments have taken a variety of positions on the nature of bitcoin for tax purposes.

For instance, some countries, including those in Europe, have classified bitcoin as a currency for consumption tax purposes, meaning that the various value-added taxes do not apply to bitcoin exchanges, while others, such as Australia, have not. Similarly, the U.K. treats bitcoin as foreign currency for income tax purposes, while the U.S. regards it as property.

Those who “mine” bitcoins will likely be subject to income tax on the value they receive under the theory that they are being compensated for validating bitcoin transactions and maintaining the block chain that records all transfers. But this is true regardless of whether bitcoin is recognized as a currency. In other words, they are not really mining and not subject to the complex rules governing mining operations. Instead, they are being compensated for services.

The difficulty arises when people try to spend their bitcoins, however acquired.

How cash transactions are taxed

Those who spend local currency, such as dollars (U.S. or Australian) or euros, do not report a gain or loss when they do so. For instance, if I buy a hamburger, I don’t have a gain or loss on the currency used, regardless of whether it has changed value relative to other currencies.

As the baseline currency, a dollar is worth a dollar, even though it may fluctuate against other currencies or be affected by inflation.

Foreign currency is different. If I buy a euro for $1 and spend it later, when it is worth $1.10, theoretically I have a $0.10 gain that I should be taxed on. Different countries have different rules, but in the U.S., taxpayers need not pay taxes on such gains if they are under $200 in a given year.

By refusing to classify bitcoin as a currency for income tax purposes (local or otherwise), tax authorities effectively treat bitcoins as any other property, meaning that those who buy items with bitcoins must report any gain on the transaction associated with a change in its value. That is, it is treated like an investment, regardless of how the owner actually uses it.

It is as if they sold their bitcoins for cash and then used that cash to make a purchase. Worse yet, if the bitcoin has gone down in value, taxpayers might not be able to deduct the losses, because they could be considered personal. Thus, anyone using bitcoin as a currency has to keep track of each bitcoin’s cost so that he can accurately calculate gain or loss.

This administrative task, combined with the potential need to pay income taxes, could make bitcoin too difficult to use as an alternate currency.

Wright’s tale of woe with the Australia Tax Authority (ATA) (revealed in a transcript made public as part of the effort to prove that he is Satoshi Nakamoto) shows how the decision not to classify bitcoin as a currency creates problems with a tax on goods and services (GST).

Among other things, Wright sought to create an exchange to buy and sell bitcoin. If bitcoin were considered a currency, such exchanges would be exempt from the GST, and the exchange could operate economically. However, if the GST applied to such transactions, as the ATA claimed, the exchange would be forced to purchase $1 of bitcoin for $1.10 (assuming a 10% rate).

To avoid this result, Wright and his lawyers established a number of offshore trusts and argued that, for many of the transactions the ATA was investigating, no bitcoin was actually transferred. Instead, the beneficial interests in the trusts, which were not subject to the GST, were transferred. The bitcoin itself was purportedly held offshore, and any transfer of the bitcoin or rights to it were outside the reach of the ATA.

The problem for tax authorities

It’s not clear whether such arguments would actually succeed, but they illustrate a real problem that intangible assets raise for both consumption and income taxes, especially for countries that use a territorial tax system (that is, one that doesn’t tax foreign income).

If assets are considered to be outside a given country, they will not be subject to that country’s GST or equivalent tax. Moreover, if the asset can be “wrapped” in a trust or other entity whose ownership interests are exempt from the GST, it can potentially escape tax even if it is held locally.

Similarly, if such assets generate income, for instance when they are bought or sold, under a territorial system, that income will be taxed in the country where the sale occurred.

It is not surprising that Wright established at least some of his trusts in known tax havens, such as the Seychelles. Even if his efforts to shield bitcoin from tax through these efforts succeed, they are far too complicated for the average user and will likely further impede bitcoin’s adoption as an alternate currency.

Much of the recent focus has been on whether Wright really created bitcoin and whether he is sitting on a hoard worth close to a half billion dollars, which could potentially destabilize the market.

However, the real threat to bitcoin and other similar products may come from a far more mundane source: the world’s tax authorities. Absent favorable rulings, every bitcoin transaction could generate both income and consumption tax liability, rendering bitcoin impractical as an alternate currency.

Sophisticated tax planning to avoid such outcomes might succeed but would make bitcoin harder to use.

Thus, while bitcoin was developed as a means to free individuals from the need to interact with third parties, including the government, it nonetheless needs governmental cooperation if it is to move from the fringes to the mainstream.

Adam Chodorow is a Professor of Law at the Arizona State University.