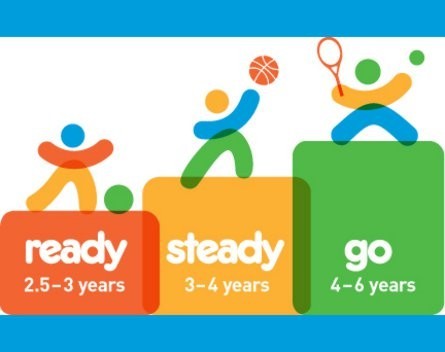 An Australian exercise and sports class franchise system is expanding to India, opening its first location in Mumbai and the northern states.

Ready Steady Go Kids has 130 locations in Australia, as well as franchises in Singapore, the UK and Indonesia. The program teaches toddlers through to pre-school aged children basic motor skills and 10 sports.

Director Stuart Derbyshire told StartupSmart he was delighted to be exporting sports to the world.

“India is a big step for us. When we first launched this, our goal for this was to be number one in Australia, but that was probably a bit short-sighted. We’re now aiming to be number one globally,” Derbyshire says.

He adds that while there are no significant regulation issues, the negotiations with the master franchisers in India took a while.

“As with all things to do with India, it was a long, drawn-out negotiation. But he did his due diligence and saw that, globally, this was the best fit for India,” Derbyshire says.

“We had a few commercial issues that were the points of contention. Ultimately it got down to a negotiation around a few key terms in the agreements about royalties, the tenure of the agreement and the dollars involved.”

Derbyshire says his team has already been in India to train the local teams, and they’ll be providing ongoing support.

“We’re a support mechanism and provide them with our IP, marketing and know-how, but it’s up to them to drive it. I guess you’d say we would be still involved but fairly hands off on the day to day side of things,” Derbyshire says.

But he says there will be little to no change to the program.

“The great thing is our program is it’s transferrable across countries and cultures,” Derbyshire says, adding that Australian Rules football will still be one of the 10 sports taught.

“It’s not about the sport; it’s about getting kids involved in a sporting activity and learning those motor skills.”

Ready Steady Go is currently in negotiations with potential master franchisees in Russia, Sweden, Malaysia and the Philippines.

“Touch wood, by the end of this year we might be running in 10 countries,” Derbyshire says. “What this does for our brand here is further cement our place in Australia and globally.”