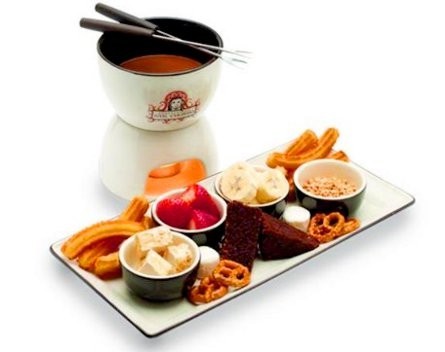 Spanish chocolate café chain San Churro is looking for new franchisees as it celebrates taking over $1 million in revenue in seven days for the first time since launching in 2007.

Giro Maurici, the founder of San Churro, told StartupSmart this success was a culmination of many factors, including the hard work of their franchise partners.

Maurici says a San Churro franchise is not for the faint hearted, and is well suited to family units such as couples or siblings who are keen to “grab the opportunity by the scruff of the neck”.

“They need to have a passion for the brand and a real commitment to our business. We say young, but what we mean is young at heart. You do need to be quite energetic and driven, and a San Churro business is not for a wall flower who isn’t ready to have 30,40 or even 50 staff and a burgeoning million dollar, seven-days-a-week business,” Maurici says.

Of the 33 San Churro chocolaterias across the country, 28 are franchises. Eight new franchises have opened in the last year.

They are seeking new franchisees in Victoria, NSW and Queensland but are open to offers from all over the country.

“The average investment overall is upwards of $500,000, so it’s quite a significant investment,” says Maurici, adding that most of the new stores have been over 200 sq m. “But we’ve received a fair bit of landlord support, which has kept that pressure in check.”

San Churro’s revenue has grown by 66% since last year. According to Maurici, stores that have been established for more than a year saw an average boost of 10% this year.

Maurici attributes the continued success of the franchise to their focus on delivering an experience.

“You can’t buy one of our experiences on eBay or on the internet, and while people are pretty price conscious about books or bicycles, we’re at the end of the market of indulgent experiences, and price doesn’t come into that as much,” he says.

San Churro will continue to invest in its Australian operations for the next few years. Maurici says the company plans to have 40 stores by the end of the year and expects to reach its “natural potential” of around 70 to 80 stores in three to four years.

“We’re definitely focused on Australia. We do receive an awful lot of international inquiries but we’ve shut the door on all those,” Maurici says. “We’re not hoping to be on every street corner like a coffee shop or a pie shop.”