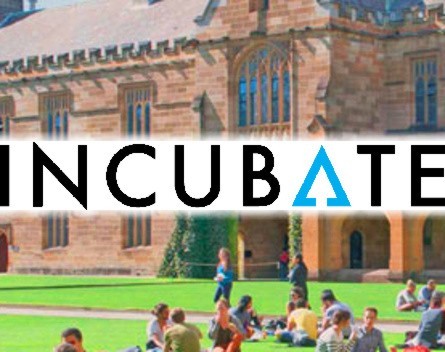 Six start-ups have been announced as the intake for the University of Sydney Union’s start-up accelerator program Incubate.

Announced this week, the start-ups span a range of industries from medical technology to business software.

Program coordinator James Alexander told StartupSmart they had deliberately sought out a more diverse batch of start-ups than previously.

“We’re pretty excited about this round and especially about our first biotech start-up,” he says. “We wanted to diversify to include start-ups with high potential that were in industries beyond information services.”

Vistr has since been accepted into the Telstra-backed accelerator program Muru-d.

Alexander adds they intend to suggest industry verticals or themes for future intakes to encourage a more diverse group of students to apply.

According to Alexander, the most exciting pivot has been Beak, which entered the program as a fitness app and will emerge as a retail start-up targeting bricks-and-mortar retail.

“We learned a lot about how quickly you can change, build something and get real opinions,” Veevers says. “It took us three to four weeks that an idea we loved in early December was wrong and wouldn’t work. So to get to go to a new one and work out that this time we’re onto a winner was a bit of a thrill.”

Beak is liaising with customers and finalising their app and plan to be in the market within the month.

Most of the founders are in their 20s. Two of the six start-ups have a female co-founder.

“We realised there is a gender imbalance in start-up land, and that’s something we want to help fix this year through a series of events targeted at female entrepreneurs,” Alexander says.

The start-ups will pitch to investors, industry and their fellow students on March 12.