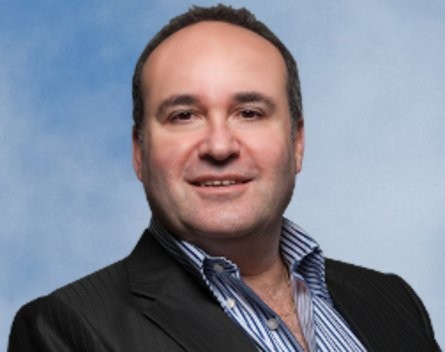 Franchising is on the rise again in Australia, with food franchises continuing to be popular with prospective franchisees.

“While we have some fashion retailers closing down, the food guys, especially the more sophisticated ones are doing pretty well,” Gordon says.

“Food can be recession-proof because three things will always sell in the world regardless of economics – products for children, sex and food, because people have to eat.”

Gordon says profit and loss fluctuations between 5% and 10% are standard across the industry, and new franchisees should invest in sustainable, sophisticated systems.

Be aware of the franchise system growth danger zone

“I do unfortunately think larger systems are better. Systems need to develop critical mass. Fifteen to 30 stores is the serious danger zone for franchisors and, therefore, franchisees,” Gordon says, explaining the overhead costs escalate and eat into the profit margin at this stage.

The Franchised Food Group, which supports over 150 stores nationally, is currently in acquisition negotiations with several systems that have reached the 15-plus store point and struggled.

“The infrastructure required at that size becomes cost-prohibitive. The compliance levels and the support team and admin overhead becomes crazily expensive,” Gordon says.

Choosing a system with fewer stores which operates on a shared platform can avoid these challenges, as the overhead costs are shared across growing franchises.

Be realistic about returns

Regardless of franchise size, Gordon says franchisees should expect to make a return on their initial investment within a few years.

“It takes about three to four years to get return on your investment. If it’s much longer it’s a problem, and if it’s much shorter it’s a problem because the system is underpriced and your business will struggle to have value,” Gordon says.

The Franchised Food Group buy-in prices range from $100,000 to $300,000. Gordon says for every dollar you pay in the upfront cost, you can expect to make 30 to 40 cents on that dollar in the first few years.

Follow the system to make the most of your investment

According to Gordon, the best thing a franchisee can do is pick a good system, follow it, and add a bit of flair to the personal service.

“If you follow the franchise system, it works because franchise systems that last have made all the mistakes and learned from it. That’s the best benefit of franchises over your own small business,” Gordon says.

Gordon says the franchisor’s role is to provide the tools and support not to make the same mistakes earlier groups have made. Not following and using the system is the biggest mistake a franchisee can make.

“So often, after learning the system, franchisees think they can do it on their own and try things that we’ve proved don’t work multiple times,” Gordon says, adding this is especially pertinent for franchisees exploring marketing opportunities.

“Your focus is rightly on your store, so franchisees don’t see the big picture business, that’s our new job,” Gordon says.

Retailing really is the make-or-break skill

The most significant area a franchisee can add value to their franchise is customer service, Gordon says.

“Not everyone can become a retailer and you need to really develop those skills. You don’t need to be loud with a big personality, but you have to make the experience in your store or van memorable and special,” he says.

Most franchise systems will manage above-the-line brand marketing campaigns and supply franchisees with tools to manage their local marketing.

“The best kind of marketing you can do is to give customers an experience in your store. Retailers tend to forget that one negative experience snowballs, and you don’t want that. You want the customer to feel they are the only person in the world,” he says.

But ultimately, Gordon says if someone is going into franchising, “have fun”.

“If you take yourself too seriously, it won’t work.”