Uber sends 25% of each sale offshore and is yet to turn a profit: Government urged to cut company tax to level the playing field 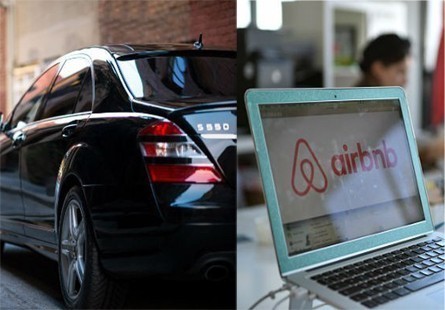 Uber and Airbnb came under significant scrutiny at yesterday’s Senate inquiry into corporate tax minimisation but there is actually very little the Government can do to stop profit-shifting, according to one of the peak bodies representing Australian businesses.

Yesterday afternoon, ridesharing startup Uber revealed it sends about 25% of each transaction in Australia to the Netherlands, according to Fairfax.

However the company, which is valued at billions of dollars, refused to disclose how much tax it paid in Australia.

“You came to a Senate corporate tax inquiry and you don’t know how much tax you paid last year?” Labor Senator Sam Dastyari asked.

In response, Uber’s director of public policy for Australia, Brad Kitschke, said Uber is not yet profitable.

The small business community is furious that SMEs have to pay what they see as their fair share of tax in Australia, while companies such as Uber are able to shift their profits to countries like the Netherlands.

Accommodation service Airbnb also chose not to disclose the profits it makes in Australia or how much tax it pays, although Airbnb country manager Sam McDonagh told the inquiry the company’s effective tax rate was 37%.

McDonagh told the inquiry Airbnb adds a 3% book fee to local bookings, with that 3% sent to its parent company in Ireland.

He said Airbnb complies with local tax laws and encourages its hosts to do the same.

Speaking to SmartCompany this morning, Kate Carnell, chief executive of the Australian Chamber of Commerce and Industry, said the federal government should look at cutting company tax if it wants to help level the playing field between large multinationals and local businesses.

“The dilemma here is there’s very little out government can do unilaterally to stop global companies structuring their business in a way to minimise tax,” Carnell says.

“You could actually argue that all businesses structure themselves to minimise their tax and it’s totally appropriate to do so. Small businesses do it. The dilemma here is for multinationals, they can do that on a much more tremendous scale.”

Carnell says the solution is for the government to work with the OECD in implementing its Base Erosion and Profit Shifting guidelines, which are currently in the consultation phase.

“We’ve got to get the Australian corporate tax rate down to a competitive level so there won’t be the incentive to set up operations in Singapore,” Carnell says.