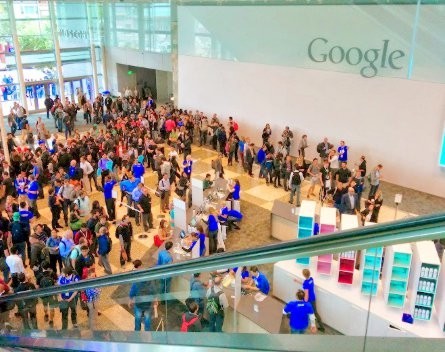 One of the critical provisions in anti-avoidance measures aimed at multinational companies announced in last week’s federal budget will be what constitutes a “taxable presence” in Australia.

Treasurer Joe Hockey has specifically targeted 30 companies which artificially avoid having a “taxable presence” in this country. The government will introduce laws in Part IVA of the income tax assessment act and these will be effective from 1 January 2016.

But as QUT’s Professor of Taxation Kerrie Sadiq wrote on the night of the budget, not all tax avoiders will be caught up in the new rules and Antony Ting has also argued they aren’t a strong enough tool to help the Australian Taxation Office (ATO).

The exact definition of “taxable presence” is not provided, the 30 firms targeted are not named and, according to the Treasury budget papers, the gains from this measure are unquantifiable. The only additional information provided in the budget is that this will apply to companies where:

If these new measures were not included in Part IVA, every tax agreement would need to be renegotiated, with the likelihood that the foreign governments would not agree to the new provisions.

Although not one of the 30 targeted companies are named presumably one clear target of the policy is Google, whose tax avoidance strategies have been widely documented.

When an Australian customer purchases Google’s services online (advertising for example), the revenue is booked through Google Asia-Pacific based in Singapore. A large percentage of an estimated A$2 billion worth of revenue is then directed to Ireland as royalty payments for the use of its intellectual property and subject to a 12.5% tax rate.

The profits are then transferred, via a subsidiary in the Netherlands to avoid Irish withholding tax, to another subsidiary in Ireland. Under the loophole in the Irish tax laws, the second Irish subsidiary is registered as a tax resident in Bermuda where the tax rate is basically 0%.

The net effect is that Google is able to reduce its effective tax rate on overseas profits (that is, anywhere outside North America) to around 2.4%.

While Apple and many other multinationals use a similar structure, Google’s revenues are directly booked in a tax haven, eliminating the necessity of transferring them out of Australia. Presumably the “targeted anti-avoidance law” Hockey referred to on budget night aims to bring those revenues back to Australia.

However, two major problems stick out very clearly. One is that the profits are booked to a corporation in a different country, and the Australian government has absolutely no jurisdiction over that entity.

The very obvious question is; how will the ATO make a foreign entity (whether a related party to Google or not) declare revenue in Australia? It is doubtful that any such foreign entity will do this voluntarily, simply to comply with a law in a different jurisdiction.

Of course, the ATO can simply impose a declaration that revenue of any subsidiary, or related party of Google in Australia, is Australian-sourced income by a company with an Australian “taxable presence”. But if they do so, will Google retain any legal presence here?

Perhaps the answer is a withholding tax on Google sales to Australia customers, but then again that will raise legal questions and possibly provoke the United States into retaliating for imposing a specific tax on only US multinationals. Therefore, what is vaguely proposed as a “targeted anti-avoidance law” may simply be very difficult to implement.

For the moment let’s assume a practical and efficient way is found to have Google and the rest declare all Australian sales to the ATO. These companies are then likely to follow the Apple model. Apple does declare all revenues from the sales of its products in Australia, but still manages to shift profits overseas through the use of royalty payments to an Irish subsidiary as outlined above.

It is no wonder that the gains of this measure are unquantifiable. The risk of raising nothing is very high and therefore a question has to be asked: is this measure just a facade to placate the rising adverse public opinion regarding tax avoidance by multinational corporations?