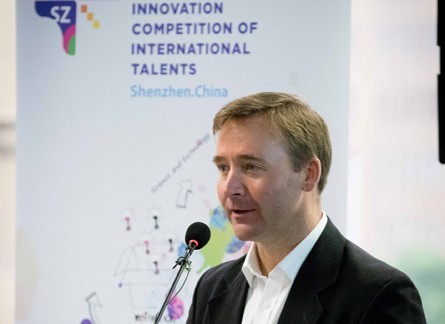 Australian startups will have the chance to share in $US100 million in funding as part of an international search for the world’s best tech entrepreneurs, innovators and founders.

Following regional contests in major startup hubs including Sydney, Tokyo and Silicon Valley, the Innovation Competition for International Talents will be held in host-city Shenzhen, China in April this year.

The winners and finalists will receive funding of between $US2000 and $US80,000 while VC funds will also invest up to $US100 million in the winners.

The competition is an initiative of the Shenzhen Economic and Trade Office (SETO) to turn ideas into real products.

Contestants with high-tech skills and new ideas will be highly sought.

“The main purpose of this competition is a learning experience, not just for contestants but for Shenzhen local companies,” SETO director and chief representative Victor Wang says.

SETO has a growing relationship with Australia’s innovation sector working with UNSW and Aussie start-ups like energy saving platform Wattblock.

With Wattblock’s main consumer-base being apartment residents, who represent 51% of residents in China, Clark says it opened up a huge opportunity for them.

Australian registrations will be open till February 29.