Airtasker raises a further $2 million: Co-founder on the trend towards hyper-local tech offerings 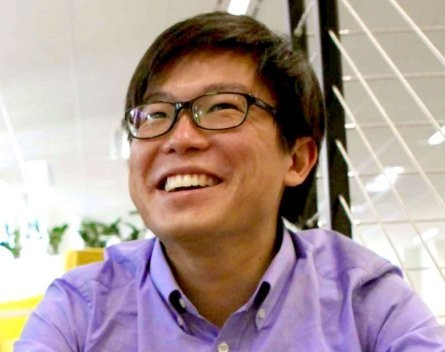 Airtasker, an online marketplace for outsourcing short-term jobs, has closed a $2 million funding round with Exto Partners, BridgeLane Capital and a range of private equity investors. This brings their investment total to $3.5 million.

The funds will be used to drive a team expansion to back their aggressive growth strategy in the increasingly crowded outsourcing industry.

Co-founder and chief executive Tim Fung told StartupSmart most of the funds will go into doubling their development team of five people.

“We’re going to start spending a bit of money to make sure we turn up in the right search engine results, but the majority will go towards head count, especially in engineering,” says Fung.

Launched in 2012, community members can post and accept tasks and negotiate a price. Airtasker takes 15% of the final price of the task.

Four new products and tens of feature updates will form the core of their aggressive growth strategy, although Fung concedes they will also need to invest in a customer service representative sooner or later before their chief operations officer stops begging and starts cracking.

“For us, product is a big part of our growth. Every feature we create is designed to mitigate service requests. For example right now, you can’t post a recurring task. But if we can create a feature that does that, it drives volume and value,” Fung says.

They recently overhauled their website completely after discovering more than half of their traffic is mobile. It’s currently available in password-accessible beta.

“We built the site, but our users are applying it to pretty much everything, from house cleaning to flying someone to and from Texas to pick up an extremely expensive engagement ring. So we need to build products that are quite flexible,” Fung says.

Fung adds the task outsourcing market is booming, especially after the successful IPO of Freelancer. Despite facing stiff competition for the remote jobs from heavyweights Odesk, Elance and Freelancer, Fung says his team is focused on what they think is the new wave of technology.

“The first wave of technology requires a global approach, because it’s easier to build liquidity. But we think the next wave, after Freelancer.com, will be focused on location. Just as Google went global and are now targeting local, we’re focusing on the emerging wave on super hyper local,” Fung says.

Fung adds international expansion is “closer on our radar” now they have the resources, but their focus is shifting away from some of their first likely targets on the east coast of the US and towards Asia.

“We’ve had discussions around how to take Airtasker international, and we flagged some cities as potential with our investors. So many people keep bringing up Asia, and as a model that relies on population density, there are heaps of Asian cities that look pretty good,” Fung says.