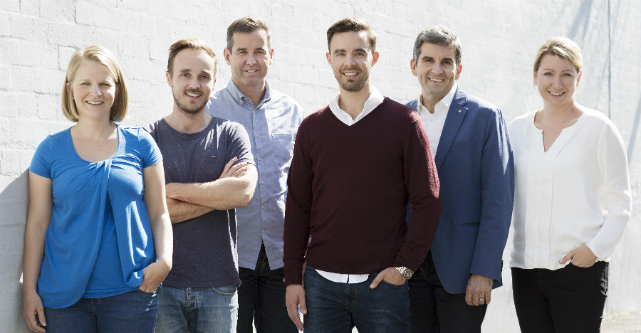 AirTree Ventures has closed the largest ever tech VC fund in Australia, securing $250 million to back local startups.

The AirTree fund will be split into two, with half of it acting as an early-stage fund to provide seed, Series A and Series B funding, and the rest forming an “opportunity” fund to write larger cheques for later stage funding in order to help companies expand and scale.

AirTree Ventures is now able to contribute anywhere between $500,000 and $25 million into Australian startups and founders.

“The drought has broken”

AirTree Ventures managing partner Craig Blair says that this is a big moment for the Australian startup ecosystem.

“There’s a renewed interest in technology and investors who left the space a decade ago are dipping their toes back in the water.

“The tech ecosystem is being treated seriously again after a decade of darkness.”

Led by Blair and Daniel Petre, the new fund is a big step up from AirTree’s first $60 million fund, which invested in the likes of Canva, 90 Seconds and Xplor.

Blair says the fundraising process was relatively simple, with the firm relying on its proven track record and experienced team.

“The process was really rewarding – we met some amazing people who were really supportive,” he says.

“The real work starts now. Now we have to stand by the faith that our investors have shown us and do the right thing by the founders.

“We have a huge responsibility to the tech ecosystem.”

And Australia’s largest tech VC fund could have been even larger, he says.

“We were very nervous about having too much money, and we scaled back investment in both funds,” Blair says.

“We’d rather have too little money than too much money.”

Just like with its first fund, AirTree will be on the hunt for a strong founding team above all else.

“We’re really looking for outstanding founders that are living and breathing the problem they solve,” Blair says.

“We want someone who has really thought through how to tackle a problem and how they do it differently.”

This year has already been a bumper one for Australian venture capital, with a series of smaller, targeted funds being announced and closed.

Signal Ventures kicked off the bumper year with a $10 million fund boasting some big US names, followed by a $20 million fund targeting the China market.

StartMesh has also launched a $20 million VC fund, while Aura Group now has a $30 million startup fund to “harness the ideas boom”.

Blair says that these recent developments are important for the ecosystem, but it’s crucial to focus on the end game.

“There’s a lot more capital available and a lot more backers with a lot to offer,” he says.

“We have to show results and demonstrate success for our investors now. That’s how we earn the right to a third and a fourth fund. Time will tell how that plays out.

“Now we’re focusing on working with the best founders that emerge in Australia and on working our arses off to help them build their companies.”