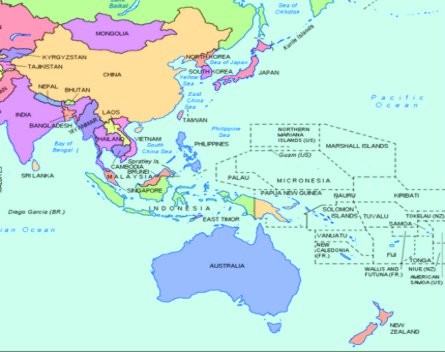 Investment opportunities for Australian web and tech start-ups appear to be brightening with new research showing the Asia-Pacific region is leading the way for deals, as North American investors search for global opportunities.

Internet DealBook is a global database that tracks angel, venture capital and private equity investment, along with M&A activity, across internet and technology-related private companies.

The database is collated by Sydney-based venture capital firm Right Click Capital, which collects all the information from public news sources.

The latest report, which looks at the first quarter of 2013, shows Asia-Pacific leads the regions with an average deal value of US$22.8 million, up from $17 million in Q1 2012.

The Asia-Pacific was the only region to experience growth in average deal values when comparing Q1 2013 to Q1 2012, the report reveals.

“A lot more people want to invest in the Asia-Pacific region and that’s being driven by investors in the US, and a smattering of European investors as well, but in large part North American investors wanting to get into the fastest growing part of the world,” Chong told StartupSmart.

“Australia is one of the more advanced users of technology in terms of broadband penetration, and in terms of quality of businesses and their maturity in various markets.

“For me, Australia has to be up there with the other top five countries in the Asia-Pacific.”

According to the report, North America continues to account for the vast majority of the deals tracked, recording US$7.2 billion, or 75%, out of the US$9.6 billion recorded for all regions.

Chong says an increasing number of North American investors are looking at Australia as a gateway to Asia.

“Australia is not a bad place to make your first entry in this region because it’s also in the same time zone [as Asia].”

With regard to deals by sector, the report shows the average deal values have fallen in all sectors except in media and eCommerce, which recorded increases of 14.1% and 17.9% respectively when compared to Q1 2012.

“What I’d say is that these days, to get involved in an eCommerce-type business, if you’re going to be moving boxes, it requires quite a lot of investment,” Chong says.

“For me, it was surprising that the games market and eCommerce were down on last year. I think games still have a way to go.

“I thought there would be a rush of gold digging not only in computer gaming but mobile gaming… I would say we need to have a look at Q2 data before we come to any conclusions.

“Maybe it goes to show – this is speculation – but maybe it’s because there have been a bunch of these game developers that have come [up with other funding] sources.”