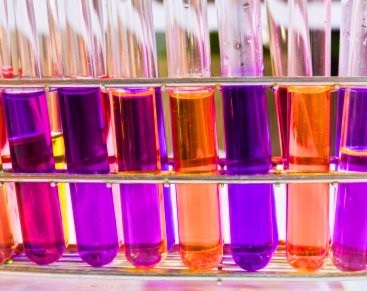 ATP Innovations will host Australia’s first ‘biohackathon’ later this week, when 11 teams will compete for the chance to win a $3000 cash prize.

In the last six years, ATP Innovations has helped more than 100 businesses raise in excess of $100 million. Now it is preparing to host a biohackathon, believed to be an Australian-first.

A total of 44 contestants – divided into 11 teams – have been selected to participate in the biohackathon, which will take place in Sydney on April 19-20.

Under the guidance of academic and industry experts, the teams will work on building new and improved methods for the detection of biofilm in a hospital environment.

Biofilms are microbial communities, which develop on solid surfaces. The Centre of Disease Control estimates more than 65% of hospital-acquired infections are caused by biofilms.

The teams will receive access to a lab and will be allocated a work station. Biofilm will also be provided for each work station in order for each team to trial their detection method.

Teams also have the option of utilising Ninja Blocks as part of their detection method. Ninja Blocks are tiny cloud-enabled computers, which can sense their environment by receiving input from a variety of sectors.

These can be used as a powerful data acquisition tool and/or to affect the surrounding environment for the detection of biofilms in a hospital setting.

The event will conclude with a pitching competition, whereby the teams will present their ideas to a judging panel.

The winning team will be awarded a cash prize of $3000 sponsored by Cochlear, which provides implantable hearing solutions.

Teams will be evaluated on their ability to detect the biofilm, and the simplicity and novelty of their detection systems.

Hamish Hawthorn, chief executive of ATP Innovations, said the incubator is looking forward to seeing the ideas the teams will come up with.

“We see technology convergence on a bigger scale here at ATP Innovations where collaborations between companies in different and sometimes unexpected fields have led to numerous innovative products and services,” he said in a statement.

The majority of Invion’s team is based in the US, where multiple clinical stage trials are underway.

Central to the company’s regulatory knowledge is Dr Mitchell Glass, chief medical officer and vice president of research and development.

“My primary advice is to engage somebody who’s been through the process and understands,” Glass told StartupSmart.

“You have to be clear as to what their [the Food and Drug Administration] issues are at a given time… Is it a question of whether this drug is filling a very important niche for the population?

“What you need is to take somebody with you… who is accomplished to phrase the questions in a way that gets answers that are meaningful.”