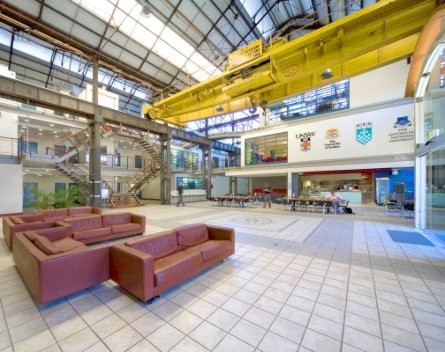 Sydney-based tech incubator ATP Innovations is one of four finalists for an international Incubator of the Year award, an accolade the team says is testament to the flourishing local ecosystem.

The Dinah Adkins Incubator of the Year award is coordinated by US-based National Business Incubation Association. ATP is the only foreign incubator in the final four.

The incubator’s chief executive, Hamish Hawthorn, told StartupSmart the award was a validation of their 14 years developing businesses and their evolving approach.

“We’ve seen a burst of entrepreneurial activity supported by incubators and accelerators, and it’s become more important to get to speed up startup success so companies can get their product to market fast,” Hawthorn says.

While it’s easier than ever to start a business, Hawthorn says it’s still hard to start a great one.

“We’ve seen almost every business model and type of company. You’d think there’d be lots of differences in the journey of the founder but you do start to see patterns,” he says.

He adds growth of the international startup ecosystem has made agile strategic planning an absolute necessity for successful startups.

“The one thing we talk about all the time is focus on the customer and really understand the competitive market,” Hawthorn says. “They really need to create a targeted strategy to get the product into that market. We drill into similar themes but you need to give it the right context for that company at that time.”

The winner will be announced at the International Conference on Business Incubation in New Orleans on May 20.