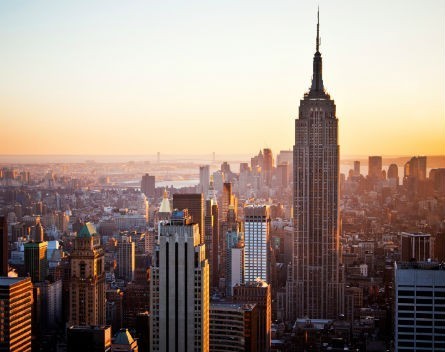 The startup received the funding as part of a reward for co-winning last year’s Big Pitch competition.

eCal founder and chief executive Patrick Barrett told StartupSmart the company had been servicing clients in America for some time but recently decided to set up shop in New York.

“We investigated both options – east coast and west coast – and spoke to other Australian companies in the sport entertainment space as well and asked their advice,” he says.

“We certainly came to the conclusion that the east coast was better for us. We established around 80% of our targets were located around the east coast – whether that’s New York, Boston, Atlanta… it certainly isn’t easy to travel to but that’s why we have a dedicated office and a dedicated team.”

eCal is just one of many Australian startups escaping the herd mentality and shunning San Francisco in favour of the Big Apple. While Silicon Valley is home to tech giants such as Apple and Facebook, New York is close to media and finance companies.

“We have access to the sports clients, but also importantly a lot of major media companies – the likes of NBC are just around the corner. We’re also close to the advertising media agencies, so when we extend into new verticals beyond sport those relationships are key to give us access to major brands.”

Barrett says he would encourage entrepreneurs thinking about setting up overseas operations to have the right people on the ground.

“The reality is you get what you pay for, and that’s the biggest piece of advice I give people,” he says.

“The other key message I tell people is you need to be there yourself – there’s no two ways about it. That’s why I’m going back to the US on Monday. The ideal case is where you have a co-founder or someone in the business who’s prepared to move over there… I think that’s the ideal scenario.”