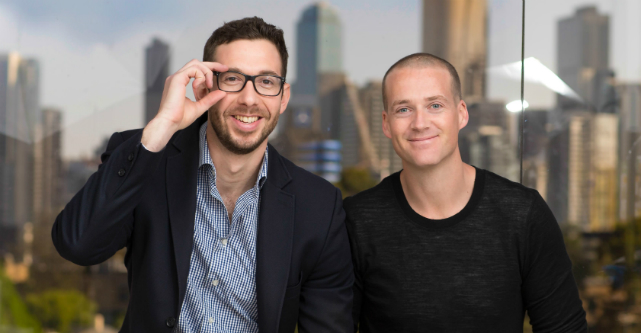 Influence marketing app Tribe has announced a $5 million funding round as it looks to take advantage of market interest and quickly expand internationally.

The Melbourne startup is looking to raise the funding at a pre-money valuation of $15 million and is already in discussions with strategic investors, family offices and small to mid-market funds.

Tribe CEO Anthony Svirskis says he’s confident the round will be closed in four to six weeks.

While the company has already raised $2.4 million in seed funding, this latest round is all about international expansion, he says.

“We’ve had a large degree of traction in Australia in the first six months and we felt the window for expansion beyond Australia is very open but very narrow,” Svirskis tells StartupSmart.

“Our expansion strategy requires funding to push it forward. Our Australian operations will continue, and we have funds set aside for that, but this will push us into new territories and regions fairly quickly.”

Through the platform, brands can post a campaign brief which the listed influencers can then apply for.

The startup now has 2000 active influencers and more than 200 businesses on board, including the likes of Disney, Subway and Vodafone.

After launching six months ago, Svirskis says the growth has been “beyond expectations”.

“We’re really excited about our business,” he says.

“We have a ‘wow’ moment every day and every few weeks we realise the impact we’re having on the industry.

“We’re ticking a lot of boxes but there’s still a long way to go.”

He says the company is enjoying double digit revenue growth monthly and has “surpassed a $1 million annualised run rate”.

Tribe is monetised through taking a 20% cut from participating businesses.

This form of marketing has become increasingly competitive recently and Vamp, Tribe’s primary rival, recently announced plans to raise $15 million through listing on the ASX, at a $45 million valuation.

But Svirskis says Tribe’s offering is unique and well-placed to conquer overseas markets.

“There are plenty of people operating in the space, and it’s really open to that,” he says.

“But no one seems to be doing it like we are. We’re passionate about the tech aspect of it. Tech is scale, so we have the capacity to move into an expansion within six weeks.”

He says surrounding the company with talented people has been key to Tribe’s early success.

“Like any startup we’ve needed great people around us, both on the board and in advisory roles,” Svirskis says.

“That’s absolutely essential – you can’t rely on a founder and a few key executives.”