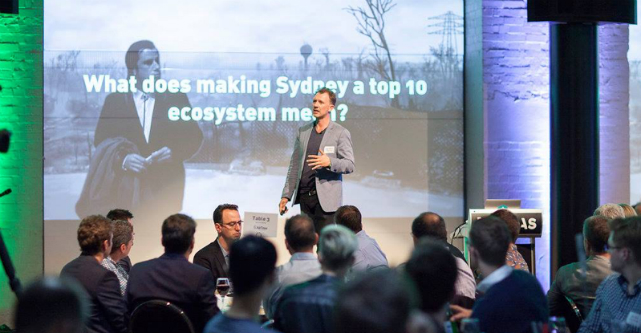 Australian startup supergroup TechSydney looks set to hit its crowdfunding goal of $500,000 as it looks to pour fuel on its plan to transform Sydney into one of the best tech ecosystems in the world.

The group, which has the backing of the likes of Atlassian, Airbnb and Canva, has raised more than $425,000 in about two weeks, making it the most successful campaign by a not-for-profit on Pozible ever.

TechSydney founding member Kim Heras says this proves that there is a clear need for what the organisation is offering.

“It’s really good validation of what we’re trying to do,” Heras tells StartupSmart.

“We’re not surprised that it’s doing this well because we spent months and months going out and talking to people.”

A range of projects

Once the funding is successfully raised, TechSydney will turn its attention to creating a free talent platform, founder forums, mentoring and tenant introductions in order to address some of the key barriers that currently exist in the startup ecosystem, Heras says.

“We’ll be helping uncover talent and connect it better to startups, and we’re actually doing that already,” he says.

“We will be constantly iterating based on what the community wants. It’s about going and trying to engage with as many parts of the community as possible.”

TechSydney is also set to launch its first event, a fireside chat with the “godfather of US tech” Brad Feld, in early August.

The tech supergroup was launched earlier this year and quickly attracted controversy due to its lack of gender diversity.

Heras says TechSydney is actively working to address this problem from the inside-out.

“Diversity is a key issue because there’s not enough engagement from non-white middle-aged males in the tech community,” he says.

He says that improving diversity in the ecosystem and internally will be an important part of TechSydney’s mission.

“If you have a large part of the community who don’t feel they belong we will have few of them participating,” Heras says.

“Diversity in all its forms is something that’s critical to getting us towards that goal of putting Sydney in the top tech ecosystems by 2020.

“The way that we engage with the community aligns with that goal.”

Techfugees co-founder Nicole Williamson will be heading up the group’s diversity and inclusion efforts, with an aim to help connect, amplify and partner with existing projects and people in the community.

“The data suggests that female-led startups are more likely to be profitable but less likely to be venture-funded,” Williamson tells StartupSmart.

“TechSydney can connect emerging female founders with great mentors but will also encourage women to become mentors themselves as they become more experienced.

“We also want to recognise the role that women play in other parts of the tech ecosystem. For TechSydney to be successful, everyone needs to get excited about growing and contributing to the startup world.”

By the end of the year, Heras says he wants TechSydney to be playing an active role in improving the Sydney ecosystem for all its diverse members.

“I think we’d do really well in changing the image of the community and being really focused on diversity to make sure the base of memberships isn’t just one particular culture or part of the community,” he says.

“The goal is to have demonstrated our value so more people feel like they’re part of this Sydney tech movement.”