Australia’s listed technology sector is about to boom 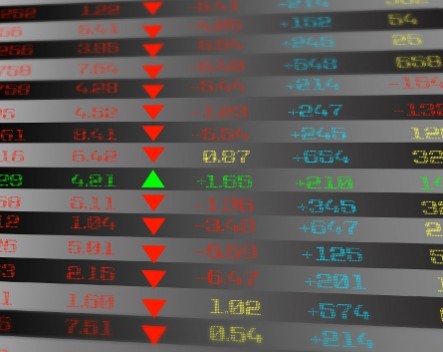 In my last article I responded to an interview in Vox with Marc Andreessen. Andreessen lamented that, in spite of a historic gold rush in technology companies, the IPO is dying in the United States due to zealous over regulation in the form of Sarbanes–Oxley, for example.

As a result, the general public is missing out on the incredible gains that were experienced in the listed US technology companies of yesteryear.

Yes, the regulators have gone too far and it is creating serious friction in the IPO pipeline. However I argued that perhaps the real reason that technology companies appear to Marc to be listing later and later is because, not surprisingly, the top venture capitalists are keeping these returns all for themselves.

It’s been a relatively recent phenomenon that US technology companies have been waiting longer and longer to go public. In the US, technology IPOs of yesteryear companies went public much earlier, with market capitalisations in the hundreds of millions of dollars instead of the tens of billions.

As a result, the general public had the ability to share in the spectacular returns that technology companies can generate over time as software eats the world and industry after industry is being wholesale remapped and reshaped, with revenue growth at a speed unprecedented in history.

Unfortunately for investors in the US, the general public is missing out. You only have to look at Facebook listing at $104 billion and Twitter listing at $24 billion to get a feeling for just how late these companies are going to market.

So who is making all the money as the stocks go from the tens of millions of dollars in market capitalisation to the tens of billions? The answer, not surprisingly, are the venture capitalists. You can’t blame them for doing so, because of course their business model is to make as much money as possible for their limited partners.

There is another stock market, however, outside the US that is not subject to Sarbanes–Oxley and where technology listings are about to boom. This market is already quite a large market for equity capital issuances. In fact, as much money was raised there in the last five years as NASDAQ. The only problem from a technology company perspective is that most of the money raised there has been for resources companies.

I am, of course, talking about the Australian Securities Exchange.

Now let me tell you how this has all come about, and why now.

I am quite perplexed about how they defined “late stage” here, because the very definition of a late stage round size is usually greater than $20 million in one single investment, let alone 16. The only conclusion I can make is that these investments were triaged into bleeding zombie companies – hardly a sign of a successful late stage industry. Either that, or AVCAL has now taken up reporting of late stage investments to include lemonade stands.

Atlassian, one of Australia’s most successful technology companies, just raised $US150 million in a late stage round. The entire Australian venture capital industry simply isn’t big enough to fund that single round.

In addition to the lack of venture financing, a major terraforming of the economy is needed. Although we have $1.5 trillion dollars in the fourth largest pool of retirement funds (superannuation) in the world, these funds don’t invest very much in Australian venture capital because none of the VCs to date have demonstrated that they can generate a return.

It’s hard to claim that venture capital is even an asset class in this country, as it’s missed every single major technology success story this country has produced all the way back from Radiata: Atlassian, Kogan, Big Commerce, RetailMeNot, Campaign Monitor, OzForex. The list goes on and on. For the life of me, I can’t think of one they actually invested in.

The funds being invested into Australian VC come roughly equally from corporates, government and high net worth individuals. Corporate investment in VC in Australia is in decline, and with the government recently turning its tap off with the cancellation of the IIF program, I don’t see a path to resurrecting a domestic venture capital industry any time within the next decade or two without a serious change in philosophy, which is not going to come from either of the two major political parties.

The incumbent Liberal party is currently implementing a program of austerity, and the previous Labor government was, at best, only interested in trying to win union votes from bailing out the inefficient and dying local manufacturing sectors. The biggest impact Labor had on the sector during their tenure was to change the laws on the taxation of option schemes, which wiped out the primary incentivisation mechanism for the technology industry (and, ironically, the primary means by which wealth is redistributed from owners to workers).

While I personally was not sorry to see the IIF go, I was hopeful that the axing of the program would be replaced with something more effective for financing technology companies down under. A better way would be through taxation reform for investors in qualifying risky technology ventures –front-end relief in the form of tax credits or a reduced rate of tax and back-end relief in the form of capital gains tax reductions or exemptions like the UK’s Enterprise and Seed Enterprise Investment Schemes.

At the end of the day, the Australian government only provided $25 million a year into the IIF program, which is paltry when you consider Singapore, with a population of 5.4 million, has committed $SG16 billion ($US12.8 billion) into scientific research and development over a four year period from 2011 to 2015.

So how are Australian companies getting financed? Whilst the big US VC brands like Accel, Sequoia, Spectrum and Insight are actively prospecting down here, they are mostly just looking for cheap deals by value investing in late stage companies outside the hot money Silicon Valley market.

The investments that they have made to date, and which have been trumpeted in the media, have for the most part been majority buyouts or exits (Campaign Monitor, 99designs, RetailMeNot, etc).

A notable exception to this has been Accel’s investment in Atlassian.

However, the lack of funding has not deterred Australia’s entrepreneurs from building world class technology companies. Instead, they have focused on raising funds from the best source possible: selling something valuable to their customers.