Brisbane startup DoseMe closes $2.6 million Series A round to deliver its “life-saving” technology to the world 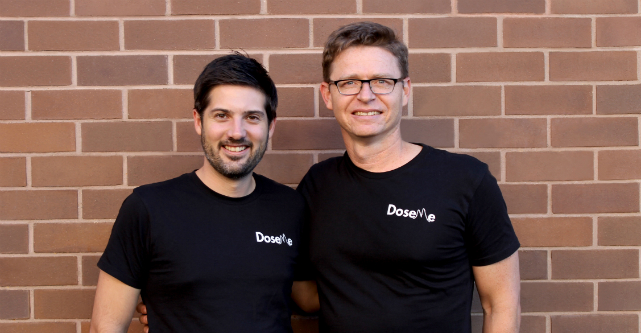 A Brisbane startup pioneering “life-saving” digital medical solutions has closed a $2.6 million Series A round as it looks to rapidly expand around the world.

DoseMe secured the funding from two prominent healthcare executive, Results Physiotherapy founders Greg Spurgin and Gary Cunningham, who will be joining seed investor and Shark Tank judge Steve Baxter on the startup’s board.

DoseMe offers a precision dosing tool that uses an algorithm to create a “virtual avatar” of a patient’s metabolism to help doctors more accurately calculate the most effective dosage in seconds.

The funding round values the company at $20 million, and DoseME CEO Charles Cornish says this figure was produced after carefully examining the lucrative market.

“In December we reviewed what we required in order to globalise the business, and in doing so we look at the opportunity in the market,” Cornish tells StartupSmart.

“As a result we came up with what we thought was a reasonable valuation and that we needed $2.6 million to go to that next level.”

With interest from investors in Asia, Cornish says the two healthcare executives didn’t come into the picture until late in the round, but things quickly fell into place.

“Very late in the piece we had Greg and Gary look at what we were doing and they really quickly got involved,” he says.

“They understood the business, what we were trying to do, how we’ll save lives and where the community benefit lies.”

The cash injection will be used to commercialise the smart dosage software in Australia and to facilitate expansion plans into the US and Europe.

“We’ll also continue to spend it on ensuring we’ve got the best product we can at a price that meets the ever increasing demands of the healthcare market,” Cornish says.

Both Cunningham and Spurgin say they chose to invest in DoseMe because of its potentially live-saving capabilities globally.

“I have been involved in healthcare for more than 25 years and can see that DoseMe has the potential to deliver significant cost savings and efficiencies, and most importantly it has the capacity to save lives all over the world,” Cunningham says.

“DoseMe can save and change people’s lives and that’s such a compelling reason to be involved in a startup,” Spurgin says.

“Our investment in the company underscores our confidence in Charles and his team. We’re excited by DoseMe’s prospects – going global can do so much good for millions of people.”

Cornish says this typifies the financial advantage associated with startups doing something that actually matters.

“We are very much focused on the saving lives element and improving lives,” he says.

He says founders should also be upfront about what they think their company is worth and partner with investors that share the same values.

“We were not embarrassed to talk about the value of the opportunity,” Cornish says.

“We tended to focus on people that appreciated the opportunity as opposed to the downside risks.”