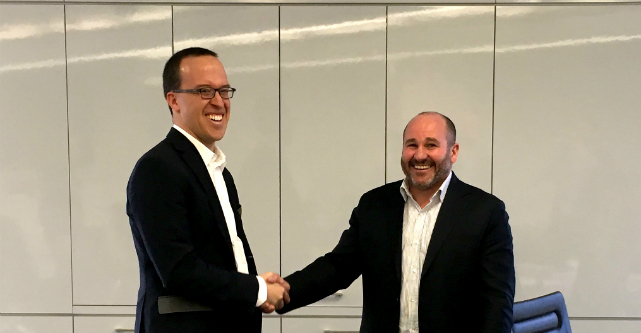 A Brisbane-based startup has scored a $9.3 million strategic investment from EnergyAustralia to further develop its solar inverter and help Australians save money on their energy.

This package allows users to decide how they want to use, save and sell the energy captured from their solar panels via a smartphone app.

It marks the first major investment from EnergyAustralia’s NextGen business unit, with discussions between the two companies beginning more than a year and a half ago, Redback founder and managing director Philip Livingston says.

“It was initially a discussion that surrounded the development of cross-collaboration in relation to grants and the like, but the conversation quickly turned into one of interest in Redback on a more intimate level, with them wanting to be more involved,” Livingston tells StartupSmart.

The sizeable investment and strategic commitment comes down to a close alignment between the two companies’ business models and values, Livingston says.

“One thing that was really quite evident at the start was that we had a similar market view,” he says.

“As energy markets become a bit more sophisticated and leveraged around IP-related solutions and the prevalence of big data, consumers will be given greater and greater choice with regards to how they consume energy.

For EnergyAustralia, which now has 2.5 million customers, the significant investment in a local startup is a signal to the wider community that funding is on offer for innovative ideas in the renewable energy space.

“With a Redback system customers can manage their energy consumptions so they not only save money, but reduce their carbon emissions,” EnergyAustralia executive Andrew Perry says.

“We’re proud to be partnering with a company that’s driving Australian innovation in a way that’s good for customers and good for the environment.”

The partnership will see Redback continue to develop its software and EnergyAustralia focus on commercialise this technology, Livingston says.

“Our role is to build the technology that enables consumers greater choice, and EnergyAustralia will leverage that for new and exciting business models that provide lower cost and cleaner energy,” he says.

“EnergyAustralia is just a natural fit – they understand where the market is going and provide technology to service that.”

Redback’s system aims to help users avoid drawing energy from the grid during expensive peak times, allowing them to run major appliances at a time when there is excess solar energy on offer.

The large majority of the cash injection will be going towards hiring more team members to further develop the startup’s software and create the “next generation of Redback”, Livingston says, including updates to the system’s machine learning function which helps it become more intelligent over time.

Redback was always on the hunt for a strategic partner rather than an outside venture capital round, Livingston says.

“We wanted to be embedded with a strategic partner that could allow us not only funding but to have a partner in the market that we could leverage with go to market strategies to underwrite the business,” he says.

He says more Australian founders should look outside the box when it comes to funding rounds.