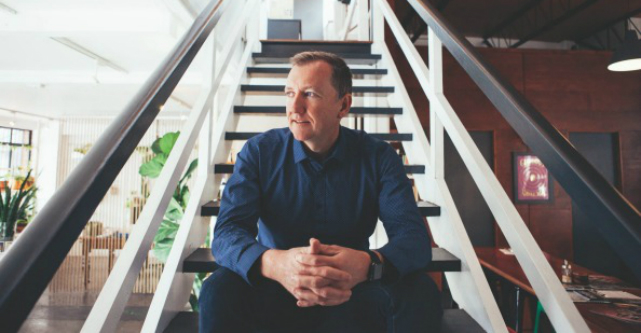 Brisbane-based marketing performance startup Simple has secured $10 million in funding on the back of rapid growth across the last 12 months.

The four-year-old tech enterprise SaaS company, which offers a platform for large marketing teams to plan, produce, execute and monitor the effectiveness of campaigns, doubled in size in the 2016 financial year and brought on clients including Xero, Tabcorp and AGL.

The large capital injection comes from US VC firms SparkLabs Global Ventures and local VC firm Perle Ventures and will be used to continue the company’s rapid growth and accelerate an expansion into the US, Simple co-founder and chief executive James Charlesworth says.

“We service the enterprise segment and that’s quite an expensive segment for a startup,” Charlesworth tells StartupSmart.

“Product is always first for us and we’re focused on creating beautiful software. We’re also making sure we continue hiring and scaling a really smart team that understand the complicated market we’re in.”

The latest funding round brings the total investment in Simple to $13 million, and Charlesworth says the latest round was all about finding the right strategic partners.

“It wasn’t a big pitching process. We’ve got a pretty extensive network and it was really about meeting the right people that really understand what we do.

“There’s a misconception with raising capital that it’s just about pitching for money. But if you’re really clear around what you’re trying to achieve it’s more about finding someone to help you achieve that.”

Simple’s software is aiming at helping large enterprise marketing teams organise their workforce and communication across the team, helping to increase speed to market and agility.

“The core problem that we solve is marketers today have so many channels to manage,” Charlesworth says.

“These enteprises have very large teams, with sometimes over 100 people in just the marketing department, and keeping everyone on the same page with the core objectives is a big challenge in itself.

“We created a platform that enables teams to collaborate, plan, produce and execute all marketing activity.”

Despite launching four years ago, it was the last financial year that saw Simple’s growth rapidly accelerate, Charlesworth says.

“The whole concept of marketing disruption is really just heating up,” he says.

“We’ve been talking about this for a number of years and in the last 12 months those big enterprise companies really got their heads around what a mature digital playbook looks like.

“Our big success is based on that massive spike in demand, and that’s something that we based the whole idea of the business on.”

Simple is headquartered in Brisbane, with offices in Sydney, Melbourne and, most recently, San Francisco.

This push in the US market will be key to continuing the startup’s rapid growth, Charlesworth says.

“The US is a new region for us and has its own local nuances and challenges for an Australian company,” he says.

“Last year was realy about understanding the market over there, as well as focusing on validating the problem set and solutions we’re providing in Australia, which is also highly relevant over there.

“Now it’s about growing the team and scaling rapidly in the next 12 months.”