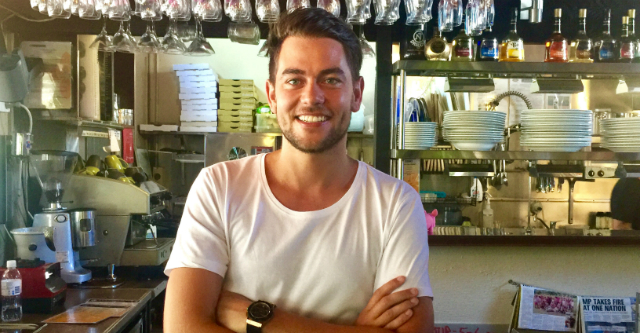 After buying a camper van and embarking on a market research tour of Australia’s eastern seaboard, a Queensland founder has secured $1.8 million in funding to bring a new app idea to life.

“It will be a tailor-made app,” the founder of Buddy Australia tells StartupSmart.

Read more: Why this startup founder bought a camper van and travelled around the country to build an app

Simmonds says he raised the $1.8 million in capital from two private investors in return for a combined equity stake of 15%, but is keeping the identity of the investors under wraps.

“These are guys that have been in the industry for over 30 years,” he says.

With the help of Queensland’s chief entrepreneur Mark Sowerby, Simmonds says he is also being introduced to industry heavyweights like Wotif.com founder Graeme Wood as his business takes shape.

Together with business partner Tony Blackmore, Simmonds is hoping to release the app around September this year.

He says it will take 100,000 active users for the company to be profitable and expects this will happen in 2018.

In addition to providing an income for Simmonds, the $1.8 million in funding will be spent on app development, marketing and branding, and business travel, with some funds to be retained to cover expenses “if things go south”.

“That’s one year’s worth of wages covered,” Simmonds says.

Reflecting on how he managed to get such a large investment pre-revenue, Simmonds believes it boils down to a massive amount of work and self-belief.

“Be very passionate. If you have the opportunity to pitch in front of investors don’t hold back, take all the risks, be honest, be active,” he says.

“Investors invest in the person not the company.”