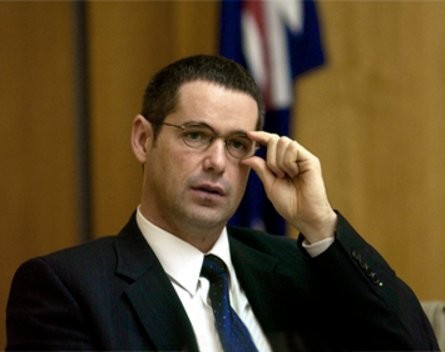 The federal government has been forced into a hasty rewrite of its own budget papers after initially stating that it will “phase out” National ICT Australia, the nation’s flagship IT research and innovation program.

As reported by StartupSmart, Tuesday night’s budget included a pledge to wind up NICTA, which oversees more than 600 researchers, tasked with boosting innovation in the digital economy and helping build cutting-edge tech start-ups.

The Department of Broadband, Communications and the Digital Economy’s budget papers show that funding for ICT Centre of Excellence, which operates NICTA, will drop from $22.5 million to $21.4 million in 2014-15, before being cut entirely the following year when its current funding agreement expires.

The budget paper states: “Total program expenses decrease in 2013-14 and across the forward years reflecting reductions in funding and phasing out of the Digital Productivity, ICT Centre of Excellence and Regional Telecommunications Review Response – Satellite Phone Subsidy Scheme programs.”

A spokesperson for Stephen Conroy, the Communications Minister, initially claimed that StartupSmart’s coverage of the matter was “incorrect” but the department has now, in an unusual move, revised its own budget paper.

A re-written passage deletes mention of NICTA’s “phasing out”, instead stating that a review of the ICT Centre of Excellence will be “considered in the 2014-15 budget”. The revised page, which will now be tabled to Parliament, can be viewed below:

The revision is likely to be a relief to NICTA and the tech ventures it works with. Yesterday, the innovation centre said it was “seeking clarification” from the government over the budget paper, although it said it wasn’t expecting a funding extension in Tuesday night’s announcement.

A spokesperson told StartupSmart: “NICTA still has over two more years of funding under the existing four year program and continues to receive strong support across government and Parliament. We are in ongoing discussions about funding beyond the current term.”

As well as federal funding, the NICTA scheme is backed by most state governments, although the Queensland government ditched its funding last year. Several universities, such as the Australian National University and the University of Melbourne, also back NICTA.