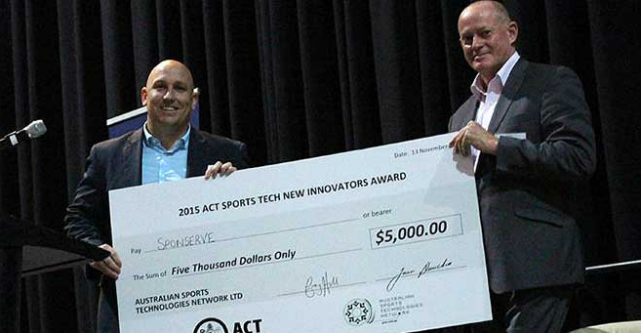 A Canberra-based SaaS startup has secured a $600,000 seed investment from the CEO of betting platform CrownBet as it looks to expand into Europe after strong growth locally.

SponServe offers software that automates the management of sponsorships for large businesses that rely on sponsors like sporting teams, arts companies and charities.

“We were profitable in our first year so we weren’t one of those startups that were looking for money to be able to grow, but the money certainly helps us accelerate more quickly,” Oyston tells StartupSmart.

“Networks were the value in getting this investment.”

“The money is all well and good but the money only gets you in a plane and opens an office,” he says.

And with the big partner on board, SponServe is set launch its first international expansion to Europe, with the startup already looking to hire a general manager in the UK.

SponServe’s software helps to solve a major program for organisations that rely on sponsors, Oyston says.

“It frees up administration time and reduces the risk for rights-holders in managing their sponsorship,” he says.

“Before we came along there was no dedicated sponsorship software.

“The big vision is to build the system out so that it is a complete end-to-end piece of software.”

The initial idea for the startup camp from the pain and hassle that SponServe’s managing director Mark Thompson experience while managing sporting clubs.

“I said, ‘if this is such a problem, why don’t you just buy software?’” Oyston says.

“He had a budget to buy some but couldn’t find a solution.”

After realising that a lot of organisations just rely on spreadsheets to manage these deals, leading to risks with administrative burden, human error and loss of knowledge, Oyston says the pair saw a “real opportunity”.

“Our system basically automates all of the reporting and delivery of what they’ve got unsolved or solved and what each sponsor is supposed to get,” he says.

SponServe’s automated reporting feature lets users quickly put together proposals and “stress docs” that highlight unsolved inventory like ad space that might be about to expire.

“With a couple of clicks, nothing gets missed,” Oyston says.

The startup is also looking to introduce new features that let users create contracts with integrated proposals, digital reports for sponsors to see how their investment is progressing and an app that allows rights-holders to photograph and upload sponsored collateral in a live social timeline.

“The sponsor or rights-holder can have a look at that anytime to see evidence of how the relationship is progressing and developing,” Oyston says.