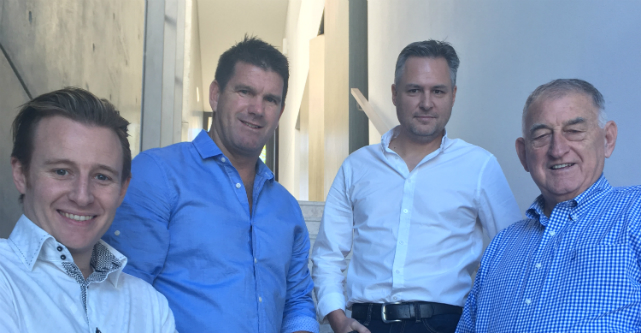 Capital raising accelerator CapitalPitch has announced plans for a “world-first” hybrid $10 million venture capital fund that will co-invest in all startups that successfully list on its platform.

CapitalPitch offers a six-step process to help startups prepare for capital raising, find a lead investor and then close a round.

With plans to raise a VC fund of at least $10 million, CapitalPitch will soon also contribute its own funding to each startup that successfully closes a round using this service.

Co-founder and CEO Jeremy Liddle says the capital raising model has been proven so the time was right to launch a fund.

“We’re now confident having seen good enough startups come to us that we can justify the model.”

The six-step process involves the CapitalPitch software determining what stage a startup is at, building a pitch deck, assisting with sales and commercial plans, due diligence, finding a lead investor and then listing on the platform to close the round.

“There are thousands of businesses that do bits and pieces of what we do but we’re one of the first, if not the first in the world, to put it all together in one system,” Liddle says.

“Rather than being a disruptive technology, we’re an enabling technology and we want to help the ecosystem.”

Once the VC fund is closed, CapitalPitch will contribute funding along with a lead investor, contingent on the startup successfully closing the round through other investors.

Liddle says the average round will be $1 million and will include seed and Series A funding. This should provide added confidence for all parties involved, he says.

“The message is that we back our system enough to put our own money in and commit first with another lead investor,” he says.

“For startups they know we’re not just another corporate advisor. We’re investing in and helping startups, and investors know that we’re an investor too.”

As part of the fund announcement, CapitalPitch has entered into a strategic partnership with global investors Tulla Group and Trevor Folsom’s Club Investible, and will also bring in investors from Australia, Singapore, Hong Kong, Shanghai and Silicon Valley.

CapitalPitch, which launched in January last year, now has nearly 1400 startup members, nine of which have successfully raised over $13 million in total.

Recent successful raises include OpenMarkets, which secured $1.94 million on the platform, and aged care tech company Care Guidance, which raised $450,000.

The rise of the venture capital sector

On the back of the government’s early-stage startup investor tax incentives and changes to ESVCLPs, 2016 has seen numerous VC funds announced in what is set to be a record-breaking year.

Liddle says the government changes provided a catalyst for the creation of the fund and encouraged other investors to become involved.

“It definitely helps,” he says.

“We’ve had that discussion with a few potential LPs and they’re very happy about the new tax offset.

“The ESVCLP model is great for investors. The structure is already fantastic and the government has made it a bit better.”

More than $1 billion in venture capital is set to be announced this year, up from $368 million in the last financial year.

Signal Ventures also revealed a $10 million fund with the backing of high-profile US figures while the $20 million Dragon Egg Fund will help local startups expand into China.

Liddle says that while the influx of capital is a positive move and marks the maturing of the sector, it’s important that money is allocated to the best companies.

“The problem for investors and startups will now become ensuring money is deployed into businesses that will actually deliver a return.

“That’s part of the reason we’ve designed our fund. Whether there’s a capital shortage or a capital glut, applying more vigour to capital raising and the journey of a startup always solves a problem.”