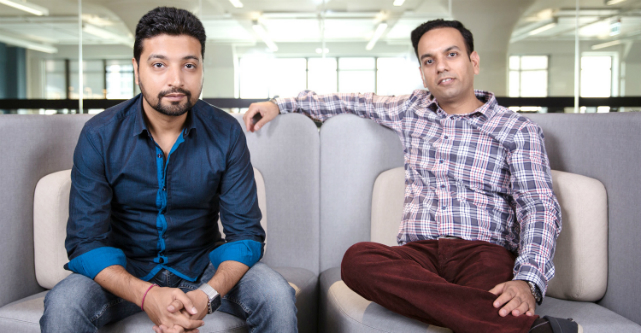 A chance meeting at an event last year has led to a Sydney startup securing a $1 million investment, the first from a new venture capital firm backed by Chinese investors.

HashChing offers a marketplace for consumers to negotiate home loan deals with individual mortgage brokers and claims to be the first of its kind in Australia to give access to pre-negotiated deals from verified mortgage brokers.

The startup was founded by former banker Mandeep Sodhi and his friend Atul Narang and has now secured the funding as part of the first investment from Sapien Ventures, a new VC fund launched last year by tech entrepreneur Victor Jiang.

Sodhi ran into Jiang at an event late last year and made an impromptu cold pitch, telling the investor about the work he was doing with Hashching, and was invited to make a formal pitch.

“They wanted to know the founders really well, how we were approaching the marketing and what stuff we were doing with the limited budget,” Sodhi tells StartupSmart.

The VC firm also wanted to learn about the startup’s business model, its traction and whether there was an actual need for its product in the market.

“It was a six month, rigorous process,” Sodhi says.

The HashChing investment is a first for Sapien Ventures, which was established by Victor Jiang last year to direct mandatory investment money from Chinese migrant investors into the “most promising entrepreneurs with the greatest disruptive potential Australia can offer”.

Capitalising on the Significant Investor Visa program requiring migrants moving to Australia with $5 million to invest at least $500,000 in eligible venture capital, Jiang raised a $50 million fund from Chinese investors to back Australian fintech and online marketplaces.

In a LinkedIn post, Jiang outlines why HashChing was chosen to be the first investment.

“Our fund’s first investment represents everything we believe is possible, and up for grabs, for Australian innovators and innovation investors,” Jiang writes.

“It is the entrepreneurial spirit of the team that impressed us most. The never-say-quit attitude of the founders, even when there was only $6000 in the bank, is what convinced us this is a team worth backing.”

The idea for HashChing emerged after the two founders each secured separate home loans with the same bank, only to later discover that Narang had somehow scored a better deal.

While mortgage brokers have the ability to offer better deals on rates, Sodhi says these aren’t easily accessible to consumers who often only get access to advertised bank rates online.

In tackling this problem, HashChing has acquired more than 80 paying mortgage brokers and received over 1000 home loan applications since opening shop in August last year.

Thirty-seven of these, worth $19.5 million, have been settled while a further 189 applications worth more than $90 million are in the process of being settled with lenders.

By the end of the year, he says he wants HashChing to have a 2% market share of the entire Australian home loan market.

Sodhi and his team embarked on the capital raise fresh out of a six-month program with H2 Ventures Accelerator.

“Raising $1 million is a big challenge in Australia especially when you’re just out of an accelerator,” he says.

But by creating a product and proving its demand through growing traction, Sodhi and his team were able to get Sapien Ventures onboard not just for a cash injection but also as a strategic partner as they plan for international expansion through Asia and the UK.

For other startups looking to work with VC investors, Sodhi says it’s crucial to be patient.

Sodhi says that keeping investors updated through the ups and down has been an important part of HashChing building a strong, ongoing strategic partnership with their newest backers.

Being honest and transparent through this process is fundamental, he says.

“Once you get the right investor on board, keep them updated on a weekly or monthly basis, share positive news but also share the negatives,” Sodhi says.