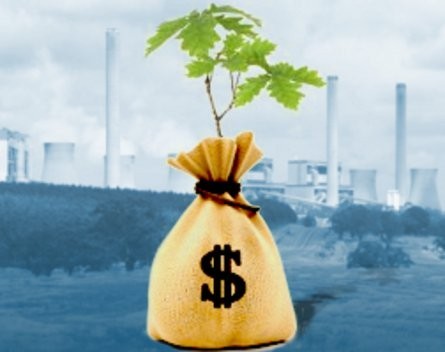 Funding for clean technology and green start-ups may be on the chopping block, as the government deals with lower than expected revenue following the collapse of the European carbon price.

Climate Change Minister Greg Combet’s office refused to comment on the future of clean technology programs, saying it would be detailed in Tuesday’s federal budget.

However, The Australian Financial Review today reported $100 million in funding for solar and other renewable energy projects is set to be slashed, with funding for manufacturers to adopt low emissions technology worth $1.2 billion likely to be reduced.

Kane Thornton, deputy CEO of the Clean Energy Council, would not speculate on what programs may be cut, but emphasised the importance of government funding to the development of clean innovations.

“Investment in the next generation of energy technology remains of critical importance to help our traditional industries compete in a low-carbon world, which is recognised by all sides of politics through the tripartisan support for the Australian Renewable Energy Agency,” he said in a statement to StartupSmart.

“The clean energy industry would obviously be disappointed if the funding commitments made to ARENA [Australian Renewable Energy Agency] – which was established only a year ago – were to be reduced.”

Among the programs at risk of cuts which offer start-ups funding are the Clean Technology Innovation Funding Program and the Australian Renewable Energy Agency (ARENA).

The $200 million Clean Technology Innovation Funding Program was launched in July 2012. It provides grants between $50,000 and $5 million with the government funding up to 50% of the project cost.

It is a competitive, merit-based program designed to support projects that generate energy from wind, solar, wave, tidal, hydro or geothermal power.

ARENA is an independent agency which invests in renewable energy and enabling technology projects.

The proposed cuts have angered the Greens, who have called for the government to instead cut its carbon capture and storage initiatives.

“It makes no sense to waste millions in taxpayer dollars promoting the illusion of clean coal,” Greens leader Christine Milne said in a statement.

“Capturing carbon dioxide and burying it in the ground does not work – despite the massive support it has received over the years.”

The cuts come as carbon prices fell to a record low 2.75 euros ($3.50) a metric tonne last month, just 12% of the $29 a tonne treasury forecast, leaving a large hole in government revenue.

The carbon price in Australia will be linked to the EU carbon market from 2015-16, following three years of a fixed price.

Combet confirmed on Wednesday that the government will defer $1.2 billion in tax cuts planned in 2015-16 until the carbon price hits $25.40, but claimed households would not be worse-off.

”Because there will be no additional anticipated increase in costs to households in 2015-16 with a lower carbon price forecast, the budget will defer an anticipated further round of additional related tax cuts,” he said.

Andrew Stead, director of business development at ATP Innovations, said funding for clean tech start-ups should not be dependent on carbon price fluctuations.

“When programs are changed as priorities shift, the time and effort invested in investigating and understanding is wasted for both the start-ups and those around that support them,” he said.

He highlighted the impact recent funding boosts have had on the sector.

“In the clean tech space, the range of programs announced over the last few years has brought much needed investment into a sector, and it would be unfortunate to see it disappear,” he said.

“Whatever the carbon price is at any point in time, the funding programs are more about creating new businesses and jobs in Australia and, most importantly, reducing carbon output for the benefit of the environment.”