Code for Australia secures $450,000 for round two of its Victorian government program — but there’s a catch 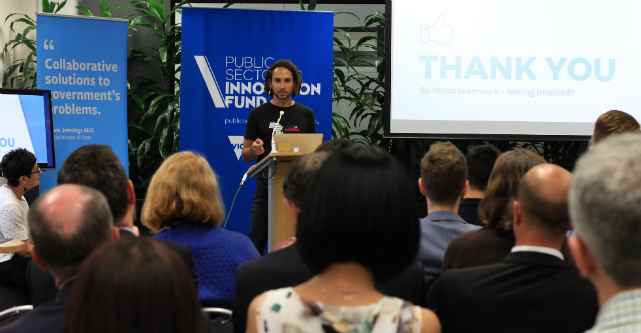 The Victorian Government will inject $450,000 into a program that will see nine of the state’s best women coders, programmers and user-experience designers come together in a bid to improve public services.

The program will be run by Code for Australia, which was announced as the recipient of the funding at an event at Envato’s Melbourne office on Friday.

“This is a continuation of Code of Victoria One, in which we embedded talented technologies into three different government agencies to redesign services,” Code for Australia co-founder Alvaro Maz tells StartupSmart.

“It’s going to be the same principles [this year].”

But this time around, all the participants will be women.

“The Code for Victoria II — Women in Tech Program will ensure the brightest and best women coders and technologists get their chance to work alongside our public servants to improve government services,” said Special Minister for State Gavin Jennings in a statement.

According to the state government, just 20% of tech workers across Victoria are women — statistic the government hopes to change by backing this program. The $450,000 investment comes out of Victoria’s $11 million Public Sector Innovation Fund.

The six-month Code for Victoria program aims to drive collaboration, transparency and new forms of citizenship by connecting startup and tech talent with various government departments such as Legal Aid and Parks Victoria. Code for Australia also has high profile tech partners such as Google, Slack and Adobe.

The program’s first chapter, Code for Victoria I, received $365,000 from the Victorian government and teams built a range of new solutions, including an app that helps vulnerable people connect with legal support and reduces the time involved with client-facing tasks by about 30 hours a week for case workers.

One team also helped improve a public system for scientists and citizen-scientists to collect and access “biodiversity data”.

This year’s program will again invite various government departments to put forward challenges and Jennings will pick the top three. Teams will then be formed into groups of three and start hacking into solutions from June 15, 2017.

By the end of the program, Maz hopes to see more “tangible” and exciting solutions for government services, as well as new ways to activate citizenship.

“We want to open up new, meaningful ways that people can contribute back into society,” he says.

About this year’s program

Participants in this year’s program will receive a $35,000 stipend for their six-month commitment, based on a $70,000 pro rata salary, in addition to a team budget of around $5000 to help with running events, attending workshops and other operational needs, says Maz.

Applicants must complete an online expression of interest form detailing their “super power” and reason for wanting to participate.

Maz says the problem will be looking for people with a keen interest in “giving back” and using their technical skills for purposeful work.

“Loosely, most teams will have an engineer, a service designer and project manager, but not necessarily,” he says.

Maz hopes a wide range of professionals including those in the corporate sector will apply for the program. Large companies like Envato, where the funding announcement was made on Friday, are big advocates for this, he says.

“This could be an opportunity for large corporates to give their people some sabbatical time off,” he says.