Bitcoin here to stay and ready to grow: Australian investors back CoinJar with $500,000 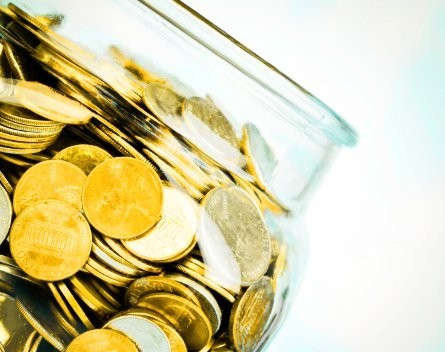 CoinJar, a Melbourne-based bitcoin exchange and payment system, has raised $500,000 in seed funding from a range of individual investors and the Blackbird Ventures seed fund.

Launched in February by Asher Tan and Ryan Zhou, CoinJar currently has over 10,000 active users in Australia. The company charges a low single-digit percentage fee for each transaction.

Tan told StartupSmart the funds would go towards enabling their global expansion. They’ll be investing in new hires, including support and technical talent such as Ruby on Rails developers.

“A lot of people talk about a bitcoin bubble, but the case is too strong to ignore,” Tan says, adding the investors were compelled by the story behind bitcoin and the use cases.

“One of the unique draws of bitcoin is totally people-powered. As long as people remain interested, bitcoin won’t die out.”

Tan says while they’d welcome regulation around bitcoin to further legitimise the currency, it was important law makers take the time to understand the scene and potential.

He adds creating the right infrastructure and increasing the ease of cashing in and out of the digital currency will boost usage in the coming year.

Tan says the investment is a breakthrough for them as it brings credibility to the nascent technology.

“It’s not just about the money. We’re very new to this, so the investors are bringing legitimacy to our business. A lot of people ask us how do they know we’re not a scam, so having such well-known and respected investors means people will trust us more,” Tan says.

CoinJar received their first funding of $20,000 earlier this year when they took part in Melbourne accelerator program AngelCube.

Blackbird Ventures co-founder and serial entrepreneur Niki Scevak led the investment round. He told StartupSmart it was exciting to see Australian entrepreneurs taking on the emerging bitcoin industry.

“I love the ambition of the team. Asher and Ryan are remarkable people who are creating something special. They’re committed to being the best in the world rather than just the best here, which is very cool,” Scevak says.

He adds while bitcoin is very young and there are significant risks, the founders and the progress they’ve made since launching earlier this year convinced investors.

“This is very, very early on in the life of bitcoin. The majority chances are that bitcoin start-up investments will amount to nothing. A lot of bitcoin companies that have achieved success have been hacked, so that’s a big risk because once you’re hacked you’re dead because the trust is eroded,” Scevak says.

He adds the investors were excited by how effectively Tan and Zhou had iterated on their offerings, and especially about their development of an API strategy. This technology would speed the uptake of bitcoin.

While Tan says he expects bitcoin will become mainstream, but is wary to gaze into a crystal ball and set a date as there are so many variables, with regulation being a predominant one.

“I do welcome regulation, provided it’s informed regulation. Governments will need to ask some hard questions, but we’re all doing this for the first time so it’s important we don’t jump into regulation. We all need to develop considered, well thought out plans about something that could be beneficial to the whole world,” Tan says.

Pioneering a new technology comes with many challenges, with CoinJar battling the Commonwealth Bank earlier this year after their personal accounts were shut down without warning.