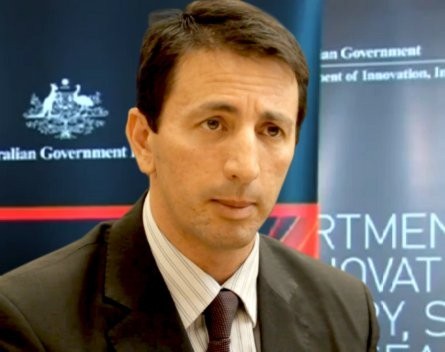 Some start-ups that complain about a lack of institutional venture capital funding in Australia should ask what other kinds of capital are available, and what else they can do with their business proposition, the head of a government business development body says.

Commercialisation Australia chief executive Doron Ben-Meir told StartupSmart that while access to capital was an issue, “some people who lament the lack of investment opportunities are not ready”.

His comments follow a speech to the CeBIT Australia conference in Sydney on Wednesday in which he declared complaints about a lack of institutional venture capital to be “a complete red herring”, as there are many other sources of capital available for Australian businesses.

Ben-Meir clarified his red herring comment as being about the focus on institutional venture capital investment.

“My point is we shouldn’t overly fixate on venture capital. We need to understand what the right kind of capital is for a particular business, from seed funding to sales, and spend our entrepreneurial energy on pursing that“.

“We all need to, in a sense, grow up and realise it’s not about a lack of capital — it’s on us. It’s on us to build business proposition and there will be money hungry for us,” Ben-Meir was quoted saying by techworld.com.au.

The comments has sparked debate among the start-up community. “Let’s focus on how we as entrpreneurs can firstly deliver the right business proposition to attract the capital and find the right capital for our business,” says Ben Meir.

Phil Morle, co-founder and chief executive at start-up incubator Pollenizer, told StartupSmart he agreed the onus is on the entrepreneur to prove their worth.

“We need to be aware of the life cycle of start-ups,” says Morle. Morle says there has never been so much support for emerging Australian start-ups, but there are still serious gaps in available growth capital.

“Investment is needed to grow good start-ups into high-growth businesses,” he says.

Morle says the gap is most prevalent for Series A round funding and just prior.

“I would also say, anecdotally, that the increasing amount of angel investors is not growing anywhere near as fast as businesses that need them. No one is whinging about it though. In the end, entrepreneurs just have to create great businesses that make serious money.”

Andrew Stead, director of business development at business incubator ATP Innovation, agrees Australia’s limited venture capital is the tip of the iceberg. He believes start-up operators need to be aware of the very competitive environment.

“There is a natural pyramid of businesses and investors are looking for businesses that can show they’re going to make $100 million-plus,” Stead told StartupSmart.

“For those businesses that are able to articulate they’re an awesome opportunity, with an experienced team and a unique product, there is money. But the problem is that there are lots of businesses that don’t have one or more of those things.”

Scott Handsaker, the founder of several businesses including Eventarc, agrees with Ben-Meir that start-ups need to come up with better ideas and plans.

He told StartupSmart increased access to funding would boost the start-up sector, citing the example of Kickfolio (now App.io), which had to go to the United States to raise their $1 million in seed funding.

“Founders do need more access to capital. It’s cheaper to start a business today, but it costs just as much to grow a business,” says Handsaker.

Ben-Meir told StartupSmart that Australian businesses should focus on finding the right kind of capital for their business from a multitide of sources of which one is institutional venture capital but others include strategic capital from organisations in related sectors, angel investors, and direct income from sales to customers.