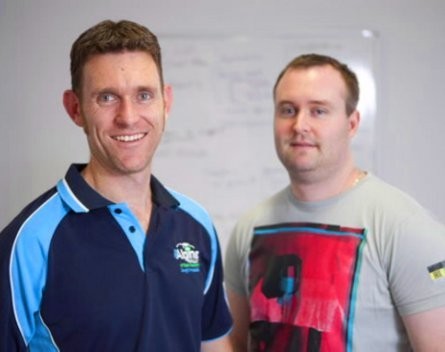 When Critical Arc won the SydStart pitching contest yesterday, it was a boost to their freshly launched capital raising endeavours.

“We were thrilled just to be in the top five. There were a lot of good pitches and businesses,” he says.

Critical Arc’s core product SafeZone is a security software system that is being used by University of Wollongong, University of Newcastle and Curtin University across eight campuses. They’re in conversations with another 10 Australian universities.

The system’s unique selling point is enabling the security teams to respond in real time, as students and staff can instantly alert security teams to the exact location of incidents via their smartphone’s GPS and Wi-Fi technology. The cost of the service depends on the size of the student body, and can be $50,000 to $150,000 a year.

Farrant and his co-founder and CTO Jahmai Lay incorporated Critical Arc in 2011. Both had been working in security software with other companies for years, and helped create and implement the security software for the London 2012 Olympics.

They entered the SydStart pitching competition to gain exposure and contacts as they’ve begun to seek funding for an international expansion. Farrant says they’ve had several calls from investors since their win was announced last night.

Developing these leads took over a year, after the first round of cold calls and emails in 2012. Farrant has visited the UK three times since then. “We’ve been following up leads constantly. Universities are a highly networked market with people in each job function being part of the same associations.”

With the sales pipeline set up and a couple of likely sales on the cards, the team of four is seeking funding to support the international operation, as well as product development and technical support here. They’re also looking to expand into Asia, and are focusing on Japan and Korea first.

“We have a long road map of additions that our customers want, and we want to act on that in an aggressive way,” says Farrant, who was inspired to start the business based on his frustration at existing security.

“The hardest thing for us has been focusing on just the one thing. This system would work really well for heaps of opportunities, such as augmenting the 911 and emergency response systems in countries. This is really attractive but we need to focus on the one vertical to get it right.”

Given the international scalability of Critical Arc, it’s been a popular company with investors so far.

“We’ve had interest from angel investor groups, venture capital groups and corporates. The corporate angle is interesting because that for many big corporates, what we’re doing as start-ups runs counter to their business model.”