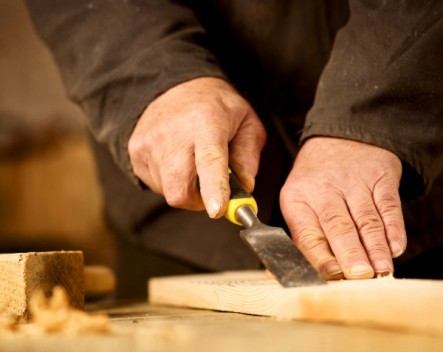 Launched in February last year, Handkrafted is an online platform connecting artisans and craftspeople with users looking for custom-made items.

Within a 10-month period the startup has built up an online community consisting of hundreds of Australian woodworkers and furniture makers, while facilitating more than $100,000 in projects.

Customers post a short brief describing what they would like made, before the startup matches them with a selection of craftspeople most suited to their project.

The recent funding round was led by Garry Visontay, Benjamin Chong and Ari Klinger.

Founder of Handkrafted, Fred Kimel, told StartupSmart the injection of capital from Sydney Seeds Fund will help the startup build even more momentum in the new year.

“With many clients commissioning bespoke goods for the first time in their lives, we’re addressing a gap in the market by helping to make local, sustainable and high quality bespoke craftsmanship more accessible,” he says.

“Despite the large number of talented makers in our community, most people just don’t know how to fund and engage with them.”

Kimel says the funding will be used for “a mix of things”.

“At its core the objective is to really refine and improve our business model and open up to a few more craft segments – so replicate what we’re doing in woodwork,” he says.

“So I would say it’s 50-50 platform development and market growth. We’ll open up after time to additional craft verticals… and at some point to other geographies as well.”

General partner at Sydney Seed Fund, Benjamin Chong, said in a statement the early-stage investment fund was excited about the market Handkrafted was targeting.

“Fred and his team have already established a strong presence in the woodworking community by connecting discerning consumers with established craftsman,” he says.