Cryptocurrency tipping could be the key to monetising online content 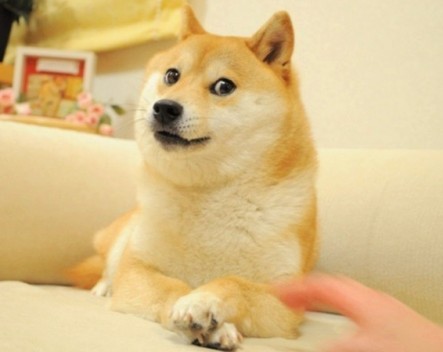 Dogecoin and cryptocurrencies could offer the best solution to monetising online content, a problem that has plagued the media for years, according to Blackbird Ventures managing director Rick Baker.

The Sydney-based venture capital firm has just made its second investment in the cryptocurrency sector, leading a $US445,000 ($A520,000) seed round for US-based startup Dogetipbot.

The first crytocurrency startup it invested in was CoinJar.

Dogetipbot has over 75,000 users and is integrated with Reddit and Twitch, and allows those users to tip other users in dogecoin, for whatever reason they like. It’s used mostly as a sign of appreciation for the content they’re providing.

“Many people have tried to monetise content on the web in lots of different ways,” Baker says.

“The most common way is to throw up a paywall and ask people to pay a subscription to get past.

“But what we’ve seen happen is within these subreddit groups they’ve become this phenomenon, where powered by Dogetipbot, people are tipping each other for content within the subreddit, and 60,000 people have started doing this on a very regular basis.

“For us this is the start of a potential new way to monetise content on the internet, and we think it’s really interesting. This is the first time it’s started to happen at any scale.”

Baker says the appeal of tipping in dogecoin is due to its low value. Someone can tip 500 dogecoins, which on current price is just under 10 cents (AUD). As dogecoin has remained at such a low value, and has been relatively stable, Baker says people are more willing to tip using that as opposed to bitcoin, which has the potential to skyrocket (or plummet) in value.

However soon Dogetipbot will be launching a product which will allow users to choose the cryptocurrency they would like to tip in, hedging their bets against the failure of any one cyrptocurrency and the development of any new ones.

“The new platform will do it in multiple cryptocurrencies and multiple websites, hopefully one day we’ll see it on Twitter or Disqus, and people will be able to tip a good comment or blog post they see,” he says.

“For us it’s a small seed investment and while it’s definitely one of those where there is a lot of risk, if they can take the foundation of what they’ve created, it’s one of the first times we’ve seen micro-tipping on such a scale, we think it could be something realty really big, and really, really interesting.”